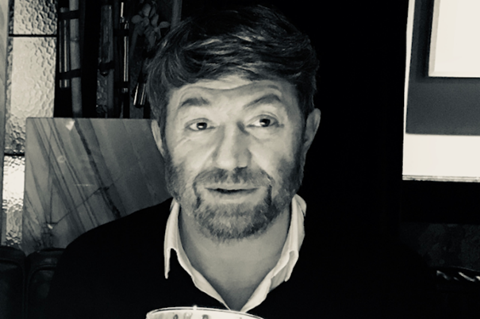 Leading French producer and international sales expert Philippe Bober has launched strong criticisms of both the UK and French film industries, describing the former as “a Trojan horse” for the US industry, and the latter as “too expensive”.

Through his Paris and Berlin-based company Coproduction Office, Bober has produced or co-produced 32 features in a 32-year career including Gaspar Noé’s Enter The Void, Ruben Östlund’s Force Majeure and The Square, and all of Jessica Hausner’s films up to and including 2019 Cannes Competition title Little Joe.

He made his comments in a CineLink industry talk at Sarajevo Film Festival on Tuesday August 20, which was hosted by the ACE Producers network.

When asked by session host Simon Perry for his views on the UK industry, Bober said it is not producing films for its own benefit, but rather “is suffering from being a Trojan horse” to the US industry.

US-financed films shot in the UK had been able to gain access to European distribution quotas but had also caused inflation in mid-budget films, argued Bober. This in turn hampered the development of emerging filmmakers in that the lower recoupment threshholds that enabled them to experiment were now less available. He added “the politics are not favourable.”

Perry, who stepped down from his role as president of ACE last summer after over 20 years, said he agreed with Bober.

“My view is that the UK film industry spontaneously Brexit-ed almost 20 years ago, in terms of the way the industry runs,” said the veteran UK producer.

“During the ’90s Britain was very involved in European financing and the European industry. Then the decision was taken by the UK Film Council to move away from Europe, and to start to hope for the American dollar to reappear. I’d certainly agree with Philippe that it was an absolutely pointless decision they made, and very destructive.”

Bober was also critical about the state of film production in his native France.

“Production costs are an even bigger issue in France. The films are too expensive, while I don’t think many exceptional directors have emerged in France in the last two or three decades,” he said. “It’s one of the least productive industries. If you look at the ratio of public funding to artistic output, the result is disastrous.”

Discussing how he chooses his projects, he said, “I’m not Netflix, where you can judge according to parameters.” He said he looks to work with “directors whose films do not resemble anything you’ve seen before.”

He said he had considered launching his own streaming platform roughly eight years ago. He abandoned plans when he realised his catalogue of 100 titles was well short of the 3,000 he would need to establish such a platform.

However he later told Screen he has early plans to resurrect that project. “Time has passed and the situation has changed, I want to spend some time thinking what is the next step.”