Made in the UK: 15 film and high-end TV productions to look out for 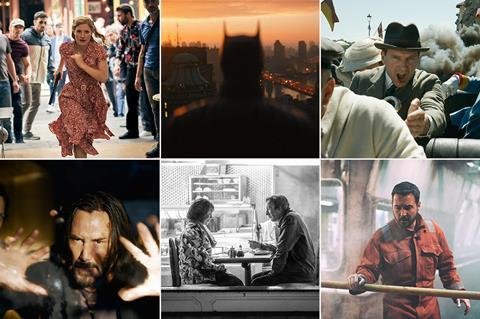 The UK’s film and high-end TV production landscape is busier than ever, with myriad big- and small-screen projects choosing to utilise the world-leading locations, talent and infrastructure across the country’s nations and regions. Here are 15 UK-made productions to look forward to over the coming months, from blockbuster science fiction to literary adaptations and more.

Fantastic Beasts: The Secrets of Dumbledore

UK locations include: Warner Bros Studios Leavesden, southeast England
Star Eddie Redmayne and director David Yates return for this third film in the Fantastic Beasts series (produced and distributed by Warner Bros) which is set in the 1930s and explores the Wizarding World’s involvement in World War II. Alongside Redmayne as Newt Scamander are Jude Law as Albus Dumbledore and Mads Mikkelsen as Gellert Grindelwald. Release date: April 15, 2022 (UK/US)

UK locations include: southeast England
This third instalment in Matthew Vaughn’s Kingsmen series (Marv Films/20th Century Studios) is a prequel to both 2014’s Kingsman: The Secret Service and 2017’s Kingsman: The Golden Circle. It follows the formation of the Kingsman agency in the early 20th century in order to save the human race from a villainous cabal. Release date: December 22, 2021 (UK/US)

UK VFX & Post includes: Framestore, One Of Us
Over two decades since The Matrix pushed the boundaries of CGI possibility, the franchise returns with Keanu Reeves reprising his role as Neo, who no longer remembers the truth about life inside the matrix. Lana Wachowski directs the Village Roadshow Pictures production, which is released by Warner Bros. Release date: December 22, 2021 (UK/US) 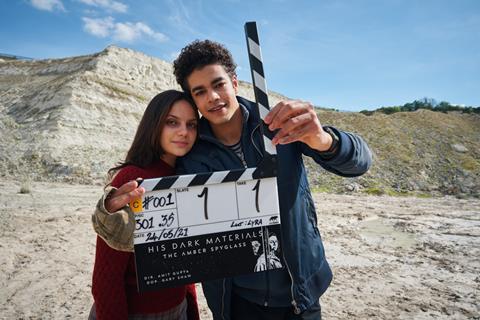 UK locations include: Wolf Studios and various locations, Wales
This adaptation of Philip Pullman’s trilogy of fantasy novels has proved hugely popular with viewers, who will be pleased to see the majority of the main cast return for this third and final season, including Dafne Keen as Lyra, Ruth Wilson as Mrs Coulter and James McAvoy as Lord Asriel. The series is produced by Bad Wolf, New Line and Scholastic for the BBC and HBO. Premieres: 2022 TBC (UK/US)

UK locations include: North of England
The first project to come under the new first look partnership between Sony’s 3000 Pictures and Netflix, this Blue Print Picture adaption of DH Lawrence’s controversial novel stars The Crown’s Emma Corrin as the eponymous Lady Chatterley, who embarks on an affair with a worker on her estate. Jack O’Connell (Unbroken) co-stars. Premieres: 2022 TBC (UK/US)

UK locations: Nottinghamshire, England
This HBO, Sister and South Of The River production, which will air on HBO in the US and Sky Atlantic in the UK, tells the true story of the 1988 murders of Nottingham residents William and Patricia Wycherley by their daughter Susan and her husband Christopher, who buried the elderly couple in their back garden. The series stars David Thewlis and Oscar-winner Olivia Colman, and is directed by Will Sharpe (The Electrical Life Of Louis Wain). Premieres: Late 2021/early 2022 TBC (UK/US)

UK locations include: FirstStage Studios and various locations, Scotland
Iain Glen (Game of Thrones) and Emily Hampshire (Schitt’s Creek) star in this drama set on the Kinloch Bravo oil rig, off the Scottish coast, whose crew is cut off from the mainland by a mysterious fog. Produced by Wild Mercury productions, the show will premiere on Amazon Prime in 2022. Premieres: 2022 TBC (UK/US)

UK locations include: London and southeast England
Keshet Productions are behind this drama for AppleTV+, which is based on the Israeli series False Flag (which Keshet also produced). Oscar-nominated actress Uma Thurman (Pulp Fiction) heads the cast as a prominent American businesswoman whose son is kidnapped from a New York hotel. Premieres: 2022 TBC (UK/US)

UK locations include: Dragon Studios and various locations, Wales
Based on the 1988 feature of the same name, Disney/Lucasfilm’s lavish new series sees Warwick Davis reprise his role as the dwarf sorcerer. Stephen Woolfenden (The Spanish Princess, Outlander) will direct the initial episodes, with the story taking place many years after the events of the feature. The series will debut on Disney+ in 2022. Premieres: 2022 TBC (UK/US)