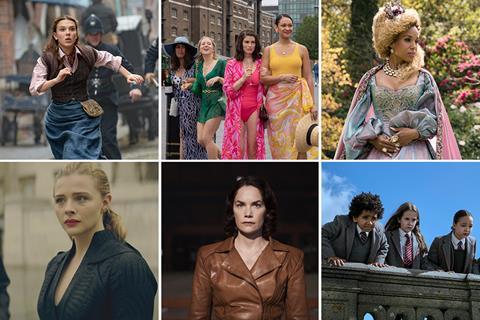 [Clockwise from top left]: ‘Enola Holmes 2’, ‘The People We Hate At The Wedding’, ‘The School For Good And Evil’, ‘Roald Dahl’s Matilda The Musical’, ‘His Dark Materials: Season 3’, ‘The Peripheral’

As the nights draw in, it’s the season for curling up on the sofa and seeking out some top-quality small-screen entertainment. Here are 12 UK-shot features and episodic TV available on a streaming service or broadcaster this winter.

The School For Good And Evil (Netflix/Universal)
UK locations: Belfast Harbour Studios and locations, Northern Ireland
Paul Feig (Bridesmaids) directs this adaptation of Roman Chainani’s novel, set in an enchanted school whose students are trained to protect the balance between good and evil. A star-studded cast includes Charlize Theron, Kerry Washington, Rob Delaney and Cate Blanchett as the voice of The Storian. The production was based at Northern Ireland’s Belfast Harbour Studios, and utilised nearby locations including Mount Stewart in County Down, and St Anne’s Cathedral.
Now streaming on Netflix

The People We Hate At The Wedding (Amazon/FilmNation)
UK locations: London
Director Claire Scanlan follows 2018’s Set It Up with another comedy romance, this time following American siblings before their half-sister’s English country wedding. Allison Janney, Kristen Bell, Ben Platt and Cynthia Addai-Robinson star in the film, which is adapted from the 2016 novel by Grant Binder and which was filmed at locations in and around London. This is the latest in a series of collaborations between FilmNation Entertainment and Amazon Studios which also include comedies The Big Sick and Late Night.
Streaming on Amazon Prime Video from November 22, 2022 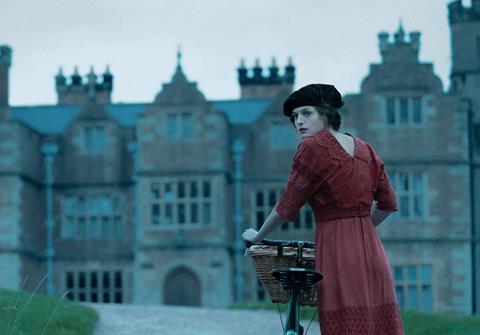 Lady Chatterley’s Lover (Netflix/Sony/Blueprint)
UK locations: North West England and Wales
This most recent adaptation of DH Lawrence’s steamy novel stars Emma Corrin (best known for playing Princess Diana in series four of The Crown) as the titular aristocrat, and Jack O’Connell as Oliver Mellors, the gamekeepr with whom she begins a torrid affair. Joley Richardson, who starred as Lady Chatterly alongside Sean Bean in the 1993 ITV iteration, also appears in the film, which is directed by Laure de Clermont-Tonnerre (The Mustang) and shot at various locations in North West England and Wales.
Streams on Netflix from December 2, 2022 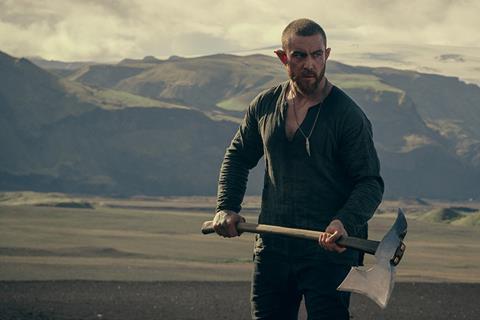 The Capture: Season 2 (NBC Universal/BBC)
UK locations: London
The second season of the acclaimed British mystery thriller series returns with Holliday Grainger in the central role of DCI Rachel Carey. After clearing the name of British army Lance Corporal in season one, Carey must now help rising a rising politician (Paapa Essiedu) clear his name after being caught up in a deepfake conspiracy. The show utilised many of London’s most iconic filming locations, including The Shard, Barbican, Royal Docks and Printworks.
Now streaming on BBC iPlayer (UK) and Peacock (USA)

The Peripheral (Amazon/Warner Bros Television)
UK locations: London
American star Chloe Grace-Moretz takes the lead in this science fiction show, based on the 2014 novel by William Gibson and set in a future in which technology has subtly altered society. Spearheaded by Westworldcreators Lisa Joy and Jonathan Nolan, who signed a first look deal with Amazon Studios in 2019, the show is directed by Alrick Riley (CBS series S.W.A.T) and Vincenzo Natali (In The Tall Grass, Splice). The show primarily filmed in London, and various locations in the USA.
Now streaming on Amazon Prime Video 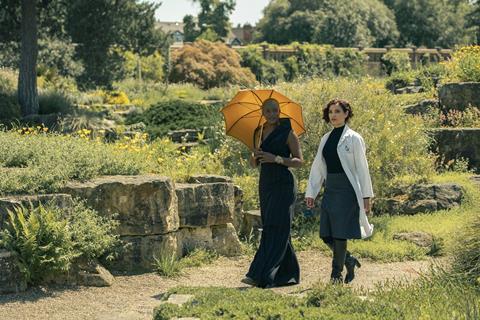 A Spy Among Friends (Sony/Britbox/ITV)
UK locations: London
Damian Lewis and Guy Pearce star in this adaptation of the novel by Ben Macintyre in which, at the height of the cold war in 1963, an MI6 intelligence officer (Lewis) discovers his close friend and colleague (Pearce) has been working as a double agent for the KGB. The series is directed by Nick Murphy, whose previous works include British chiller The Awakening, and filmed in locations around London.
Now streaming on Britbox; streaming on ITVX (UK) from December, 2022

His Dark Materials: Season 3 (HBO/Wolf Studios/BBC)
UK locations: Wolf Studios and locations, Wales
The third and final season of the fantasy epic adapted from the novels by Philip Pullman is based on the events of the last book of the series, The Amber Spyglass. Dafne Keen returns as protagonist Lyra, an orphan who uncovers the truth about the mysterious cosmic substance called Dust, as does Amir Wilson as her love interest Will. The show is based out of Wolf Studios in Cardiff, Wales, and has also utilised a variety of other Welsh locations including the Brecon Beacons.
Streaming on HBO Max (USA) from December 5, 2022 and on BBC iPlayer in early 2023 TBC

The Witcher: Blood Origin (Netflix)
UK locations: Aborfield Studios, and locations in North West and South East England
A prequel to the popular Netflix series The Witcher, this series is set 1200 years before the events of that show and centres around the origins of the first Witcher. With a cast including Michelle Yeoh, Lenny Henry, Dylan Moran and Sophie Brown, the show filmed at locations around the South East and North West of England, including Yorkshire’s Ilkley Moor
Streaming on Netflix from December 25, 2022

Good Omens: Season 2 (Amazon)
UK locations: First Stage Studios, Scotland
Following the first season of Good Omens (nominated for three Primetime Emmys) and pandemic comedy Staged, David Tenant and Michael Sheen reteam for the second series of Amazon’s adaptation of the graphic novels by Neil Gaiman and Terry Pratchett. (Gaiman also created The Sandman, the adaptation of which also filmed in the UK and has just been greenlit for a second series by Netflix.) Based at Scotland’s First Stage Studios, Good Omens Season 2 follows more of the misadventures of angel Aziraphale (Sheen) and demon Crowley (Tenant).
Streaming on Amazon Prime Video early 2023 TBC 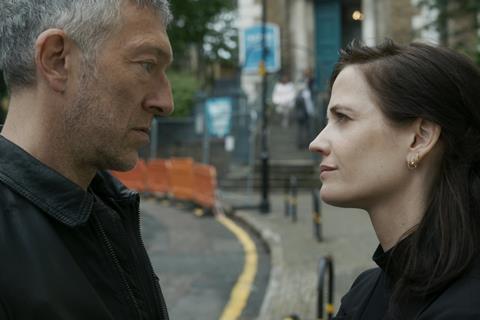