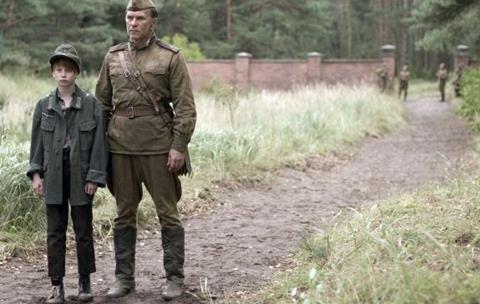 Inspired by an incident which took place on the last four days of World War II on the German Baltic coast, this war movie - in which almost no fighting occurs - risks facing mixed reactions from its various audiences, not only on home territories but also internationally.

Achim von Borries’ script cannot escape some of the recurrent clichés of the genre.

The encounter between a small Russian patrol which has taken over a German orphanage and an exhausted German unit on its way to give itself up to British or American forces in nearby Denmark, rather than to the Soviets they rightly fear and mistrust, will be deemed by some to be yet another belated effort at restoring the image of the Wehrmacht while others will see it as an attempt to harm the reputation of the Red Army, with just a handful of noble souls in it, to save its honor.

Those who will prefer not to join either side of the controversy will find a finely shot and performed piece of memorabilia with some strong performances, rather staid in its first part but picking itself up for a disturbing finale which will compel even the indifferent to take sides. 4 Days in May (4 Tage im Mai) screened at Locarno.

On May 4, as Germans are capitulating on one front after the other, a Russian unit lands on a German beach close to the Danish border and takes over an orphanage entrusted into the care of a Russian-born German baroness (Gertrud Roll). An eight men patrol under the command of a captain (Aleksei Guskov, also one of the film’s two producers) are left in charge, having been ordered to either kill or take prisoner any enemy soldier in sight.

Next morning, a German battalion led by a lieutenant colonel (Alexander Held) camps on the beach, waiting for sea transportation across the border. They outnumber the Russian patrol by far, but both sides are weary of fighting. After the inevitable verbal confrontation, they each retreat behind their lines for an uneasy but uneventful status-quo. Only on the last day, after Germany concedes its defeat on all fronts and the rest of the Russian regiment returns, the status-quo is broken in an unexpected manner and the folly of war erupts all over again, a testament to human folly that never gives up.

The story is told from the perspective of a 13 year-old German boy (Pavel Wenzel) the only male left behind at the orphanage, for whom the German downfall is a personal insult. He puts on the uniform of a dead Wehrmacht soldier, grabs a gun and is willing to open fire, single-handedly, on all enemies in sight, not only to save the honor of a slightly older maid hiding in the attic (Angelina Hantsch) but also to wipe out the shame inflicted on his people.

Saved by his age and by the Russian officer, a former teacher who had already lost his entire family in the war and has been subjected to numerous disciplinary penalties for over-protecting his soldiers, the boy will nevertheless try to rekindle without much success the fighting spirits of the troops on the beach, before realising it is not the uniform which defines a man’s identity, but rather the person who wears it.

Achim von Borries’ script cannot escape some of the recurrent clichés of the genre - be it the seasoned figure of a valiant warrior who has gone through hell but hasn’t lost his humanity, the image of an exhausted commander who just wants to put the war behind him; the portrait of a sensitive soldier who plays the piano like the Conservatory student he really is or the young girl who is just at the right age to be bowled over by him.  Ultimately, however, the problem with this polished production supported by strong performances from all it leads, lies elsewhere.

None of the several conflicts erupting all through the first part – such as the Russian patrol against the German troops, a commander’s authority over his men, a boy’s thwarted affection for a girl, and more - is really surprising and they are all dealt with decent restraint.

True, the German troops are better treated by the script than the Russians, who, with the exception of the patrol they left behind, look more like a disorganised, unprofessional wild bunch rather than an Army. But then comes the final confrontation, in which the issue is human dignity, friends are pitted against friends with foes joining in on the least expected side. The facts as described in the film may very well be true and documented but their interpretation will be still left up to the audience.