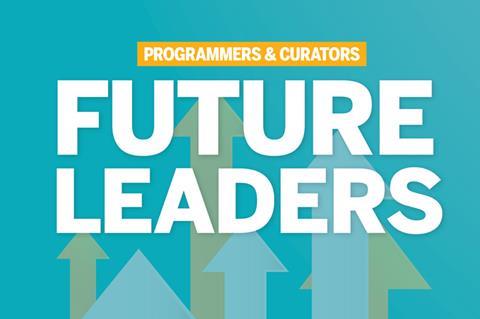 Future Leaders has become one of our favourite initiatives at Screen International. In recent years, we have profiled the up-and-coming producers, sales and acquisitions executives and agents who are going to be ruling the business in years to come.

This year, for the first time, we are profiling film festival programmers and year-round curators. These unsung heroes make a huge impact on film culture and film audience development, yet do not usually get the spotlight. In today’s oversaturated, multiplatform world, we need passionate curators and programmers more than ever to champion films and provide vital context to moving image works of all varieties.

We thought 2019 was the perfect year to look at programmers, as there are plenty of exciting shuffles going on at the heads of festivals. Indeed, as part of this special feature, we talk to three newly promoted veterans: Lili Hinstin of Locarno, Paolo Moretti of Directors’ Fortnight at Cannes and Tricia Tuttle of the BFI London Film Festival.

We sifted through hundreds of potential candidates to select the best of the best, and these 30 Future Leaders are the people we think the industry needs to know more about now. If we had done this special 10 years ago, we might have identified Berlinale head Carlo Chatrian when he was programming retrospectives at Locarno, or Jerusalem artistic director Elad Samorzik when he was working at Haifa, or the Viennale’s Eva Sangiorgi before she founded FICUNAM in Mexico City.

Screen’s editorial team had some tough decisions to make with so many passionate people working in this sector. In the process we looked for tastemakers who could be the heads of the A-list festivals in 10 years’ time, or those who will continue to make a huge impact at their local cinemas and regional festivals. We are thankful for our network of contacts — festival artistic directors and senior programmers, critics, filmmakers and more — who suggested the curatorial voices who inspire them.

For full profiles of our 2019 Future Leaders, click on the links to the region pages below.