Adapted screenplay, In The Loop 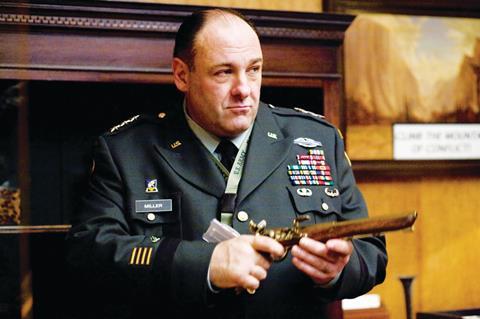 Certainly the nominated screenplay with the most imaginative use of swearing, In The Loop underlines the fact that British comedy is increasingly transcending its borders. “In the UK we take the sharpest, fastest, quickest, wittiest American comedy in our stride, we don’t think, ‘Ooh, that’s foreign.’ I don’t see why it shouldn’t go the other way,” says Armando Iannucci, the influential satirist whose British TV work has included I’m Alan Partridge and The Day Today.

For In The Loop, Iannucci skewers the hapless interplay between British and American government figures in the slide towards war in the Middle East. Starring Peter Capaldi, James Gandolfini, Tom Hollander, Chris Addison and Steve Coogan, the film features some of the same characters as Iannucci’s hit BBC show The Thick Of It — not least ultra-menacing spin doctor Malcolm Tucker and his memorable verbal eviscerations.

In The Loop is a broader canvas, set in Washington as well as Whitehall. “If you’re just doing a 30-minute episode you’ve got to get all your plot elements up and running [early on], plus all the characters have to end up more or less where they started at the beginning so they can come back next week,” Iannucci explains. “With this we could play about with the rhythm of the story and hold back answers and so on.”

Iannucci wrote the script with Jesse Armstrong, Simon Blackwell and Tony Roche (who are all nominated with Iannucci) before further workshopping with the cast. Iannucci was open to improvisation on set. “Ultimately what is important is what ends up on the screen,” he says. “And you go in with a certain thing in mind but once you see it being played back as you’re shooting it you think, ‘The funny thing is him standing over there with nothing to say.’

“Sometimes one of the writers might give a member of the cast a few extra lines to say — just quietly give it to them — so the rest of the cast are going to be genuinely surprised.”