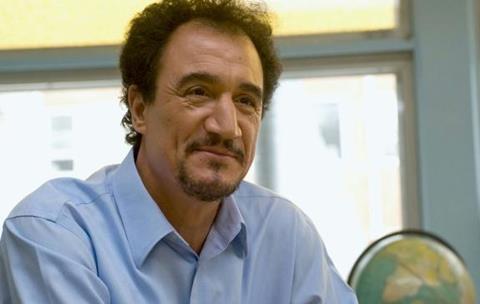 Neat, crisp and antiseptic, this tale of a middle-aged Algerian refugee who gets a teaching job in a Canadian elementary school is the kind of recommended family entertainment ultimately bound to please parents more than their children. The film screened in main competition at Locarno.

The film seems to say that there may be a few flaws, but the system works, and all it needs is a close watch to make sure nothing bad happens to it.

Adapted from a stage play by Evelyne de la Cheneliere (who has a small part in the film), the script opens up numerous avenues of exploration - whether it concerns the main character or the many others around him - but never really dares dirty its hands with matters that risk spilling over outside PG rating. The outcome is indeed clean and healthy but just a bit too rosy and bland to be convincing or generate a full scale conflict.The film is also being sold with the title of Monsieur Lazhar.

The same day a young teacher in a Montreal school hangs herself in her class, a 55 year-old man, Bachir Lazhar (sympathetically played by Fellag, best known for his one-man shows in France) offers to take over her job.

He is equipped with a CV proving he had been teaching for 19 years in his home country, Algiers, he is willing to accept the position on any terms, and the school principal (Danielle Proulx), pressured to find someone urgently for the job, takes him on.

Soon enough, the audience (but not the school) learns Bashir had to run away from Algiers after his wife had written an incendiary book criticising the regime, causing an angry backlash including anonymous threats on the entire family. Bashir escaped to Canada but his wife and children were killed before they could follow.

The audience also learns he has been a civil servant and then run a restaurant, but has never taught in school. In class, however, Bashir is a model teacher who quickly reaches his pupils’ hearts despite the obstacles of the evident cultural gaps between French and Canadian education, which he discovers as he goes on.

The main issue troubling him and his young students is the reasons behind the previous teacher’s suicide, a subject the school seems to be keen on sweeping under the carpet, by entrusting it all in the hands of a professional child psychologist.

When, by the end of the academic year, he has managed to heal that wound better than any shrink and has brought back together the two kids who had been most troubled by it, his true identity is brought into the open. He has to leave his job, but not before an emotional scene proves that education is not just a matter of experience and diplomas but more than anything else, sincere love, affection and devotion to the work.

Falardeau’s script and direction seem prone on delivering a courteously decent and  polished portrait of polite human intercourse, despite one or two hints to the contrary (the inquisitive immigration officer, a couple of snobbishly arrogant parents), carefully avoiding any serious suggestion that could mar the prim social picture it purports to describe.

Neither the pupils’ personal problems, nor the reasons behind the late teacher’s suicide, or Bashir’s own tragic past are dwelt much beyond simply mentioning them. Educational issues are brought up as a matter of record like the strict instructions never allowing any teacher to touch one of the pupils, be it only for just a hug, may, in a certain sense, be ridiculous but there is nothing to do about it therefore not worth elaborating on.

At the end of the day, though, the film seems to say that there may be a few flaws, but the system works, and all it needs is a close watch to make sure nothing bad happens to it. The brightly lit images are smoothly cut together and carefully avoid the sight anything less than pleasant, and the smiling cheerful faces of the entire cast seem to confirm that all is as good as it can be in the particular Montreal school put together by Falardeau for his film.