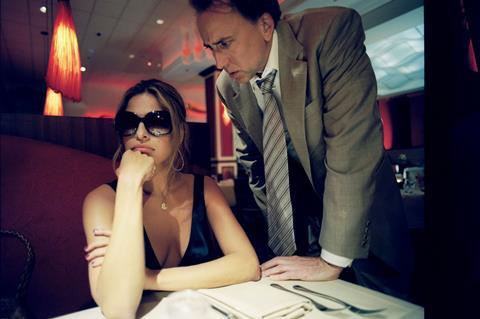 To call Bad Lieutenant: Port Of Call Orleans a remake of Abel Ferrara’s 1992 indie classic is strictly untrue. Screenwriter William Finkelstein has merely taken the character of a crooked, drug-addled cop, moved the setting to New Orleans after Hurricane Katrina and built a new story around him. But what makes this film truly different is the unique tone introduced by director Werner Herzog – so instead of Ferrara’s hard-edged portrait of self-destruction, here we have absurdist humour, surrealist touches and an almost sweetly optimistic outlook amid the amorality and squalor.

This oddball, clumsily titled film screened in competition at Venice and is playing at Telluride and Toronto, but whether it will find a large audience is another matter. Distributors can easily sell the film based on the crooked cop genre and star Nicolas Cage, who gives another madcap performance as drug-fuelled cop Terence McDonagh, but the film’s grimy, unpolished look and unconventional characteristics might make it more of an arthouse item.

Cage, hunching with his bad back throughout like another of Herzog’s monsters Nosferatu, is thoroughly entertaining to watch

Bad Lieutenant’s adult content will render it theatrically out of bounds for the young teens who might get a kick out of the illegal activities it illustrates in such detail (although they will give it a long cult life on DVD).

The film starts in the aftermath of Katrina with McDonagh and his partner (Kilmer) taunting a prisoner locked in a basement cell as water rises around his neck. McDonagh eventually jumps in the water to free him but in the process damages his back and is prescribed Vicodin indefinitely.

Six months later, now promoted to lieutenant, he is a fully fledged addict, sniffing coke and smoking crack at every opportunity, abusing his status as a cop to steal drugs, get sex and keep his girlfriend, prostitute Frankie (Eva Mendes) supplied with dope.

The story concerns the investigation into the massacre of an illegal Senegalese family, apparently over the father dealing heroin on the turf of local kingpin Big Fate (Xzibit). McDonagh finds an eyewitness in a deliveryboy (Whitaker) but, as his gambling debts, Frankie’s debts and his drug habits escalate, he creates an alliance with Big Fate and his operation to offer police protection and take a split of revenues.

While all would appear to be heading towards doom (as with Harvey Keitel’s Bad Lieutenant in 1992), Herzog takes a sharp turn towards the sunny as the film nears its end. Such a surprise turn is laced with Herzog’s deadpan irony and a disregard for conventional moral codes which is refreshingly un-American.

Cage, hunching with his bad back throughout like another of Herzog’s monsters Nosferatu, is thoroughly entertaining to watch as McDonagh gets increasingly rattled, sleep-deprived and narcotics-fuelled over the course of the investigation. Despite a large supporting cast, it’s really his show – an energetic variant on performances he has already given in Bringing Out The Dead or 8MM.

Curiously Herzog fails to get much mileage from New Orleans itself . The city has never looked so dreary, sunless and devoid of character, and DP Peter Zeitlinger shoots it like a documentary. Fortunately moments of inspired lunacy from Herzog –  McDonagh’s hallucinations of iguanas and a dead man’s dancing soul – add some visual zip to the proceedings.