The film clocked the highest score ever of 3.8 out of a possible 4, topping Mike Leigh’s Mr Turner. 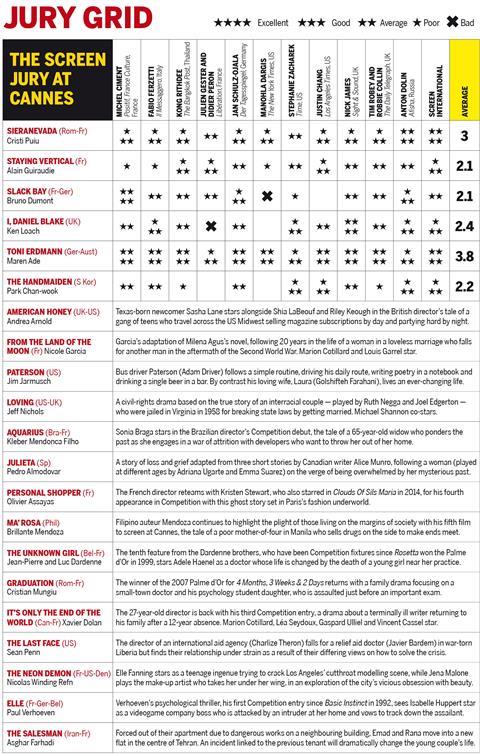 On day three of Screen’s Jury Grid at the 69th Cannes Film Festival, Maren Ade’s Toni Erdmann scored the highest ever rating in the Grid’s history.

That film scored 3.6 at Cannes 2014, but was overlooked for the Palme d’Or, which went to Nuri Bilge Ceylan’s tragicomedy Winter Sleep.

The second new score on the Grid was Park Chan-Wook’s The Handmaiden, which averaged 2.2.