EXCLUSIVE: Sales outfit also closed deals on Some Kind Of Hate and more. 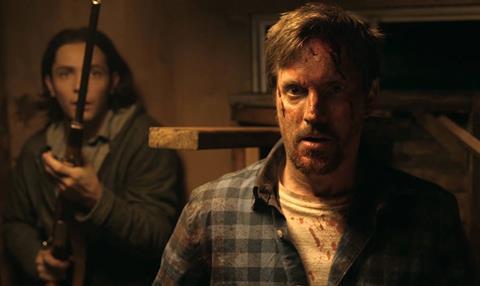 Genre specialist Devilworks has brokered multiple deals for films on its Cannes slate. Kaleidoscope Home Entertainment has taken action sci-fi EZO1-Madness, which will be rebranded as The Last Starship for its UK release.

Cinema Republic has also picked up Bigfoot horror Valley Of The Sasquatch and gaming horror Polder.

Feature Films has moved for sci-fi thriller Listening, which will be released by Fine Films in Japan, Take 1 in Benelux & Scandinavia and Kino Swiat in Poland.

UK outfit 101 Films has also taken Valley Of The Sasquatch and will release Arctic thriller Black Mountain Side.

US horror Some Kind Of Hate has gone to China (Virtual Cinema), Poland (Kino Swiat) and Benelux and Scandinavia (Take 1).