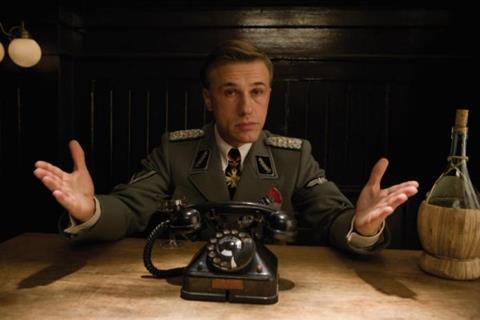 The breakout performer in Quentin Tarantino’s Inglourious ensemble, Christoph Waltz had turned down Nazi roles in the past before being cast as the slickly menacing Nazi colonel Hans Landa.

“I didn’t play those Nazis that I have been offered because they were lousy parts,” says the Austrian-born actor. “So now I get one of the best parts that was ever written, who happens to wear a Nazi uniform. So what am I going to do?”

Waltz, who won the best actor prize in Cannes last year, credits the quality of Tarantino’s writing in creating Landa. “I always say, an actor can only do what’s on the page. You know, this is one of the best parts of dramatic literature without me playing it as well.

“In this case, where the writing is so extraordinary and what’s on the page is really the thing to marvel at… it was easy for me to implement my philosophy of what it is that I’m doing, which is get out of the way. You know, clear the way for the text. Clear the way for the part. For the role. That’s the most important thing.”

The actor says that despite the language barrier Tarantino was still a sensitive director. “He can direct in any language, even though he doesn’t speak it.”

And how did he play evil so convincingly? “You simply don’t,” says Waltz. “You know, stay away from it. It’s a bad idea. You end up in a silly stereotypical cliché… And you end up in your conception of evil, you know, which might not be enough anyway.”