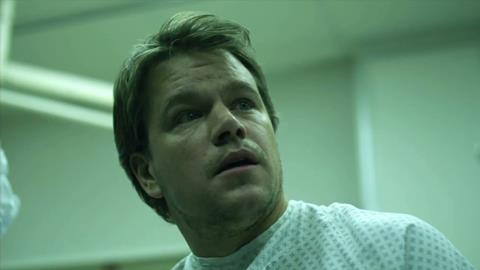 Chilly but sometimes truly scary, Steven Soderbergh’s Contagion tries to do for infectious disease what the director’s Traffic did for illegal drugs. Though not as sure-footed as Soderbergh’s 2000 multiple Oscar-winner, this broad canvas thriller could still, with its impressive ensemble cast and ripped-from-the-headlines topicality, attract critical attention and a decent amount of upmarket audience interest.

Most impressive are Fishburne, Winslet and Law, who adds a note of dark humour.

Having screened out of competition at the Venice festival, the Warner/Participant/Imagenation production opens in North America on September 9, getting a jump on the start of the autumn serious season. Performing on a par with Soderbergh’s biggest mainstream movies seems unlikely but Contagion should easily beat the disappointing take of The Informant!, the director’s previous Warner/Participant project.

International locations and the multi-national cast will help when Warner begins the autumn global rollout.

The script, by Informant! writer Scott Z Burns, tracks the global spread of a deadly virus - a bat/swine flu variant that quickly leads to fatal brain haemorrhage - through multiple viewpoints and on multiple levels, mixing victims’ personal stories with scientists’ race for a vaccine and politicians’ efforts to avert panic.

An international business traveller (Gwyneth Paltrow in a brief role) first picks up the virus and takes it back to her husband (Informant! star Matt Damon in a lengthier performance) and child in Chicago. As the disease spreads to millions in London, Paris, Tokyo and other cities, an American health official (Laurence Fishburne) struggles to control the crisis and a young doctor (Kate Winslet) goes to investigate outbreaks.

Meanwhile, a World Health Organisation representative (Inception’s Marion Cotillard) tries to track the virus back to its Asian source and a scrappy blogger (Jude Law with an Australian accent) spreads theories about possible cures.

The story isn’t obvious thriller material but Burns introduces some clever devices - like beginning the action on ‘Day 2’ - to keep the tension up and gives a couple of the main characters interesting moral shading.

Soderbergh mostly avoids showy scenes of panic in the streets and frothing victims (though Paltrow gets one coldly gruesome moment), focussing instead on sombre realism and small details — the innocent touches and coughs that help the virus on its way and the scared faces of newly infected sufferers.

The approach works well at first but the film loses some tension and momentum in its third act as the scientists and politicians begin to get the outbreak under control.

The cast also avoids histrionics, with some of the performances being a bit too restrained for their own good. Most impressive are Fishburne, Winslet and Law, who adds a note of dark humour.