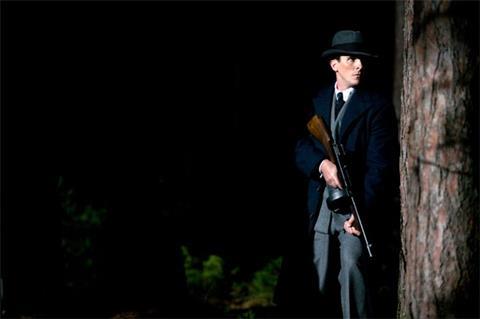 Oscar winning costume designer Colleen Atwood had never worked on anAmerican gangster story before, so she leapt at the chance to be involved in Michael Mann’s Public Enemies, the epic saga of John Dillinger set in Great Depression Chicago.

“I have never done a whole film in that period and I always wanted to do a gangster movie,” explains Atwood, whose extensive credits include The Silence Of The Lambs, Philadelphia, Sleepy Hollow, Chicago, Memoirs Of A Geisha, Sweeney Todd and next month’s release Nine (her third costume design credit was Mann’s first feature, Manhunter).

“Michael was interested in authenticity and thorough research but he also wanted to give it a little tweak to make it look cool by contemporary standards,” she says. “He didn’t want an uptight period movie.”

Atwood read up on Dillinger, played by Johnny Depp in the film, and “his boys” and worked out exactly the kind of fabrics they would have worn. “Dillinger was a really flash dresser.

He wouldn’t save the money, he would spend it and they would buy high-end stuff. They had their relatives, molls and friends go out and shop for them and buy the clothes.”

Atwood was reunited with Depp on the film, after she had dressed him on four earlier films (and twice since). “If you start to put Johnny Depp in clothes, it’s hard for him not to look sexy,” she laughs. “We try to start over every time. I know his body and what he likes and doesn’t like but you don’t want to get into a rut with an actor you’ve worked with before.

“It was such a beautiful period, especially for menswear,” she adds. “I used real clothes from the era to copy from but we tried to make the suits less tight-fitting than they were at the time so the actors could do the action scenes.”

As for the hats in the film, Atwood borrowed authentic wooden blocks from the period on which to manufacture new ones in felt. “Like in a western, a hat is a big part of the character in a gangster movie,” says Atwood. “When you’re in Chicago for a few days in the winter, you understand why hats were so big.”