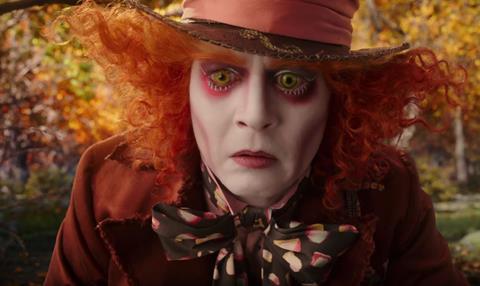 Disney has revealed the first trailer for Alice Through The Looking Glass, the sequel to 2010’s Alice In Wonderland, which grossed over $1bn.

Mia Wasikowska, Johnny Depp, Anne Hathaway and Helena Bonham Carter are all reprising their roles from the first film, and will be joined by new cast members Andrew Scott and Sacha Baron Cohen.

James Bobin (The Muppets) is directing a script from Linda Woolverton (The Lion King, Maleficent).

In the sequel, Alice (Wasikowska) travels back in time to the world of Underland, where she once again enouncters the Mad Hatter (Depp), the White Queen (Hathaway) and the Red Queen (Bonham Carter).

Alice Through The Looking Glass hits theatres on May 27, 2016, in both the UK and US.