Dying Of The Light 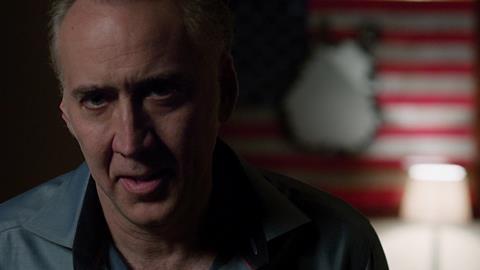 It isn’t hard to see the effect a tangled production history has had on Dying Of The Light, which arrives on screen as a mostly conventional – and mostly unexciting – spy thriller with an awkwardly bolted on existential/political subplot. Writer-director Paul Schrader – who has claimed the film was re-edited without his input – and star Nicolas Cage provide some marquee value, but their names probably won’t be enough to stop this oddity getting lost in the awards season crush.

The mortality theme adds some interest and originality, but Lake’s occasional rants about the decline of the CIA and its values feel like remnants of a different vision of the film.

Grindstone Entertainment and Lionsgate are giving the R-rated film a simultaneous US theatrical and VOD launch on December 5 and they might generate some small-screen business among Cage fans and curious cineastes. Distributors that have picked up rights for other territories may get a bit of extra leverage out of the international settings and supporting cast.

Set at one time to have been directed by Nicolas Winding Refn (with Harrison Ford starring), the film centres on Cage’s Evan Lake, a veteran CIA agent who is being forced to retire. When Lake and his spy protégé Shultz (played by Anton Yelchin, from the rebooted Star Trek franchise) find evidence that Lake’s erstwhile terrorist nemesis Banir (Sweden’s Alexander Karim, from cable TV’s Tyrant) has resurfaced, they set off – helped by one of Lake’s old flames (French veteran Irene Jacob) – on an intercontinental quest for revenge.

Underlying the plot are the facts that Lake has been diagnosed with frontotemporal dementia and is losing his mental faculties and Banir has been tracked down because he is being treated for a dangerous blood disease.

The plot takes Lake and Shultz from the US to Romania to Kenya, though there’s not much local flavour or action along the way. The mortality theme adds some interest and originality, but Lake’s occasional rants about the decline of the CIA and its values feel like remnants of a different vision of the film.