CHINA BOX OFFICE: Undeterred by piracy, The Expendables 3 grossed $32.84 in its first week at the China box office, knocking Dawn Of The Planet Of The Apes into second position. 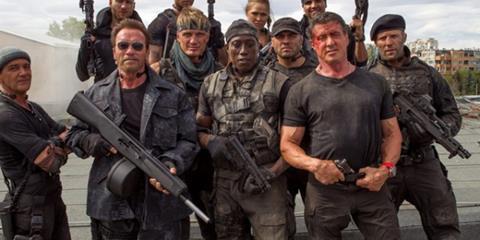 Meanwhile, Dawn Of The Planet Of The Apes grossed $27.02m and pulled in 4.5 million admissions over the same time frame (Sep 1-7). Fox’s Apes sequel has now grossed a muscular $74.33m after ten days on release.

The top three films took the lion’s share of a relatively slow week at the box office over the Mid-Autumn Festival holiday. DreamWorks’ How To Train Your Dragon 2 grossed just $800,000 for fourth place in the chart. The animation sequel has grossed $64.27m after four weeks on release.