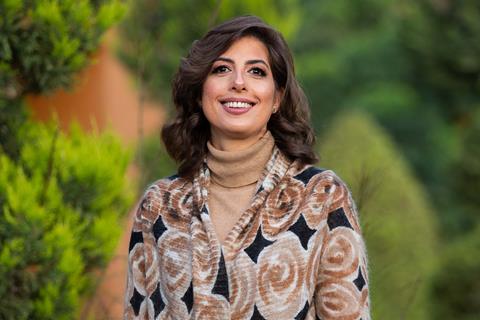 Hana Al Omair made headlines across the Gulf region this summer after thriller Whispers, which she directed and co-wrote, became one of Saudi Arabia’s first TV dramas to launch on Netflix. It sees Abdulmohsen Alnemr as a businessman who dies in an accident, leaving his family to piece together his mysterious past.

The show was well-received at home, where its eight-episode format was a novelty for local audiences used to 30-part Ramadan series. For international viewers, the series gave an intriguing snapshot of contemporary life in Saudi Arabia as it loosens rules around attire and day-to-day activities for women.

“People have asked whether we were trying to project a certain image of Saudi society to the outside world but we didn’t know Netflix was going to take it,” says Al Omair. “We made it for Saudi audiences.”

Al Omair has been quietly pursuing her directing dreams for some 15 years in spite of Saudi Arabia’s 30-year cinema ban, which was finally lifted at the end of 2018. “It might seem like a crazy thing but it has been driven by a passion,” she says.

Her first foray into cinema was in 2006 as a film reviewer, when local newspapers started to carry film pages. “I was a big fan of world cinema, rather than Hollywood,” recalls Al Omair. “Whenever there was a Japanese or French film, the newspaper would ask me to write the review.”

From around 2008 onwards, Al Omair started writing short film scripts and also made the documentary Beyond Words, which toured a handful of Gulf festivals. “I had discovered what I wanted to do but I understood that I didn’t know much about it, and that I needed to dig deep and self-educate,” she says.

A major breakthrough was the making of her first narrative short The Complaint, which went on to win the best short fiction prize at the fledgling Saudi Film Competition in 2015. She followed this in 2019 with Swan Song, revolving around an actor’s idiosyncratic performance of Anton Chekhov’s one-act play. Alongside these personal projects, Al Omair rose to the position of lead writer on a number of TV series, which in turn resulted in the Whispers project.

She now has two feature projects on the boil. The first is Sharshaf, a drama for which she wrote the screenplay and Hind Al Fahad is set to direct. It revolves around a couple whose marriage is shaped by rising conservatism in Saudi Arabia from 1979.

Al Omair is also writing a screenplay for what she hopes will be her feature directorial debut. Entitled Seasons Of Love And War, the story is set in an oasis village in the 1920s inhabited by three warring tribes. It revolves around a love triangle between a local woman and two men from opposing tribes.