Awards whispers: who are our Bafta and Ampas members voting for?

Our panel of anonymous UK-based Bafta and Ampas voters reveal who is getting their vote in nine major categories. 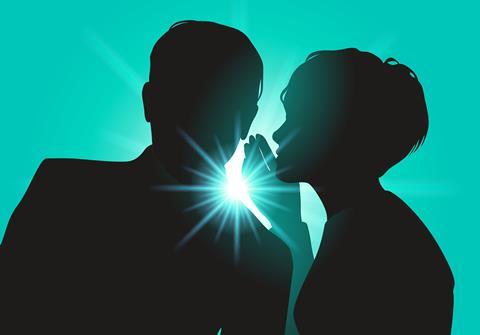 Multiple award-winning producer with a preference for international films

Best director: Bong Joon Ho for Parasite
It’s the most original film and spans several different genres which all meld beautifully together.

Best actor: Joaquin Phoenix for Joker
This was very difficult category to choose as there are some excellent performances but Joaquin puts his heart and soul into something extraordinary here.

Best actress: Jessie Buckley in Wild Rose for Bafta and Scarlett Johansson in Marriage Story for the Oscar
Jessie gives a tremendous performance of gusto and believability, while Scarlett’s is a carefully nuanced and subtle performance. She’s really clever.

Best supporting actor: Anthony Hopkins for The Two Popes.
He is Ratzinger in the film. Completely compelling performance.

Best supporting actress: Florence Pugh in Little Women
You can’t take your eyes off her when she’s on screen.

Best adapted screenplay: Anthony McCarten for The Two Popes
Very clever screenplay that deftly hops between past and present. Gripping the whole way through.

Best international film /Foreign-language film: Parasite for Bafta and Corpus Christi for the Oscars.
Because sadly I don’t think Parasite will win in the other categories I’ve nominated it in. And even though I love Parasite I think Corpus Christi is a brilliant, visceral film and, although Parasite will win I just wanted to give this very special film a chance. Fantastic films in this category this year.

Bafta-nominated, with credits as a director, writer and producer

Best film: Parasite
From start to finish this is a joy. It’s engaging where 1917 isn’t. It’s pacing is great where The Irishman’s isn’t.

Best director: Bong Joon Ho
This is a director working at the top of his game. The shots and camera movement are expertly designed, and tell the story economically but with real style.

Best actor: Joaquin Phoenix for Joker
Nobody comes even close to him this year.

Best actress: Charlize Theron for Bombshell
I once sat next to Megyn Kelly on a flight and I think this was a flawless interpretation of the real person I encountered.

Best supporting actor: Joe Pesci for The Irishman
He deserves the Oscar just for the subtle way he delivers the line “it is what it is”.

Best supporting actress: Margot Robbie for Bombshell for Bafta; Kathy Bates for Richard Jewell in Oscar
It’s a weaker category this year than what it’s been recently. Would have also voted Bates in Bafta had she been nominated.

Best original screenplay; Bong Joon Ho and Han Jin Won for Parasite
It’s so clever and full of incredible twists and turns. It also has brilliant drama, humor and emotion.

Best adapted screenplay: Todd Philips and Scott Silver for Joker
Mainly because I’m so pleased a ‘comic book’ movie has finally proven it can have a heart, albeit a very dark one.

Best international film/foreign-language film: Pain & Glory
It would have won in every other year if Parasite hadn’t been in there so It gets my vote because I think Parasite will definitely get the gong.

Best film: Joker
It was a very close call for me between Joker, Once Upon a Time In Hollywood, 1917 and Parasite. Loved all of them for different reasons. But Joker has stayed with me the most, so that is where my vote is – at this moment – headed.

Best director: Sam Mendes for 1917
Whilst I loved Joker as a film, what Sam Mendes achieved in terms of direction in 1917 is nothing short of incredible. A technical tour de force and one that I would hope to see recognised.

Best actor: Joaquin Phoenix for Joker
Hands down for me the performance of the year. And one which will be referenced for years to come. Haunting. Mesmerising.

Best actress Renée Zellwegger for Judy
It was a close call for me between Charlize and Renée, but as with Joaquin Phoenix, her performance has stayed with me since I first saw the film, and her embodiment of Judy Garland was pitch perfect.

Best supporting actor: Brad Pitt for Once Upon A Time… In Hollywood
Absolutely LOVED every aspect of Pitt’s performance, Understated to perfection. World weary and wise. Wry and dry. Brilliant.

Best supporting actress: Laura Dern for Marriage Story
A difficult category this year, but Laura Dern’s turn as the rottweiler divorce lawyer just popped and added a layer and tone to Marriage Story that would be entirely missing without her; similar to Alison Janney in I, Tonya.

Best original screenplay: Rian Johnson for Knives Out
Whip-smart and hugely enjoyable. A brilliant spin on the classic “whodunnit” brought bang up to date.

Best adapted screenplay: Todd Phillips and Scott Silver for Joker
How to take a well-worn character from a well-trodden franchise, in an era overstuffed with super-hero properties and make it utterly new, utterly different and utterly compelling. Genius.

Best international film/foreign-language film: Parasite
Enough said. This film is amazing on so many levels, from its originality, its performances and from its production. Very tough competition in this category this year, but Parasite eclipses them all.

Best film: Parasite
This is without a doubt my film of the year. A funny, audacious masterful satire It says so much about the world we live in today.

Best director: Bong Joon Ho for Parasite
Bong is in command of his craft as he moves us from light to dark. He has total control of a wildly shifting tone and his visual wit and the way he frames his actors is thrilling

Best actress Renée Zellwegger for Judy
Probably still my frontrunner. She makes Judy her own and gives the role everything she’s got, and then some.

Best supporting actor: Brad Pitt for Once Upon A Time… In Hollywood
Brad is still my favourite sidekick of the nominees. Brad gives us a character, Cliff Booth, that we’re 100% with; strong, wise, grounded - its a subtle performance that you wholeheartedly invest in as he takes you on the film’s journey.

Best supporting actress: Scarlett Johansson for Jojo Rabbit
Scarlett’s performance is note-perfect, it floored me - her comic timing is superb.

Best adapted screenplay: Undecided between Todd Phillips and Scott Silver for Joker and Taika Waititi for Jojo Rabbit
I have seen Joker twice and its a truly brilliant screenplay - a razor sharp reflection on the times in which we are living, through the DC lens. And Jojo Rabbit is a bold uncompromising adaptation, so refreshing to see in these risk-averse times. Taika brings his own unique perspective to the material.

Best film: Parasite
I saw it at the premiere in Cannes and thought it would win there, it did. I’ve been raving about it to everyone I know all year. I thought it was even better second time around.

Best director: Bong Joon Ho for Parasite
Every line, perf, every shot, cut, VFX shot is there for a reason, to push the story and the characters forward, without taking you out of the movie and making you aware of the process.

Best actor: Adam Driver for Marriage Story or Joaquin Phoenix for Joker
I think the latter wins. Both were great.

Best supporting actor: Anthony Hopkins for The Two Popes
So many great actors in this category, all deserve recognition. Think Brad Pitt will win.

Best supporting actress: Laura Dern for Marriage Story
Loved the casting and performance of every secondary character almost as much as the two leads.

Best international film/foreign-language film: Parasite
Some good films in the mix. As usual, quite a few brilliant films which were not even on the shortlist, which makes me feel this category still needs some thinking about, it’s not just the name of the award which needed to change, perhaps there is still some work to be done on how a country chooses the film to represent it and the selection of the shortlist. Parasite is head and shoulders above the rest.

Best film: Parasite
Parasite is that rare thing - both intensely political in its depiction of social divides and economic exclusion but also intensely entertaining. It uses the horror-comedy genre to lambast the haves and to cheerlead for the have nots.

I would have voted for Little Women but the social relevancy to the world we live in now tipped Bong Joon Ho’s film into top position for me.

Best actor: Antonio Banderas for Pain & Glory
For extraordinary poignancy. He is one of our world’s great actors.

Best actress: Cynthia Erivo for Harriet
Because she is great and it is a story that matters.

Supporting actor: Anthony Hopkins for The Two Popes
Because he is great and it is a story that matters.

Supporting actress: Florence Pugh for Little Women
She gives a great depth to the most difficult to like of the novel’s characters (obviously aided by the consummate writing and directing) and it’s wonderful to see her rise to these giddy heights so quickly from her British successes with The Falling and Lady Macbeth. It’s also an award for Midsommer as she brought such nuance to that role.

Best adapted screenplay: Greta Gerwig for Little Women
For a postmodern spin on an enduring classic that delves into female lives. As the majority of the awards shebang belittles women - I would love to see this opportunity for recognition go large!

Best original screenplay: Bong Joon Ho and Han Jin Won for Parasite.
Because it is exactly that - so original - based on an idea in someone’s head that is so deliciously exciting and not a film about filmmakers - Once Upon A Time… In Hollywood or Marriage Story. Or something that we have seen in another guise - 1917 and Knives Out (the latter was fun though).

Best international film/foreign-language film: Honeyland.
I am very much hoping Parasite takes the best international pics into the mainstream. I would like to give this beautiful, quiet film some recognition. It’s an important parable for our times.

The following two voters revealed their picks but did not elaborate further.

Connecting Oscar-winning films with audiences for more than a decade