Baftas 2017: How 'Under The Shadow' became a contender 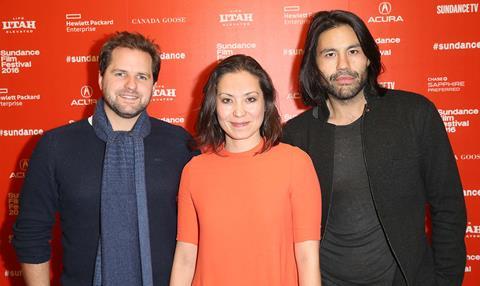 Babak Anvari grew up in the Iranian capital of Tehran in the 1980s at the height of the Iran-Iraq war. It was an experience he drew on when writing his feature debut, the Farsi-language horror story Under The Shadow, which is set during that conflict.

When his agent began sending the script out to producers, they found Anvari’s determination to shoot in Farsi was a major stumbling block for most potential backers. That was until they met fledgling London-based production outfit Wigwam Films, run by Emily Leo, Oliver Roskill and Lucan Toh.

“They didn’t flinch,” recalls Anvari. “They took the risk and came on board.”

“It felt refreshingly different,” says Leo. “It’s exactly the sort of content that excites us, a real human interest story that could be watched as a psychological horror or as a feminist political drama. It fascinated us.”

The most significant production challenge they encountered was finding an appropriate shooting location. It was impossible to shoot in Iran due to various complications, including the politicised subject matter, and the UK was too expensive. Eventually, Jordan was selected to stand in for 1980s Tehran.

“It felt like a great compromise, but working so far from home made it pretty gruelling,” says Roskill.

Working on his debut feature film was not without difficulties for Anvari either - “It was a low-budget film so every day was a challenge” - although the familial mood on set helped him stay upbeat. “We had a great cast and crew and they supported me through it,” he says.

US-based sales agent XYZ Films boarded the project in April 2015 and the film debuted at Sundance in 2016. XYZ co-ordinated a limited theatrical release in the US with Vertical Entertainment. Netflix acquired streaming rights, while the UK release happened through Vertigo.

Also vying in the outstanding British film category, the film’s Bafta nominations are a “huge step for the company”, says Toh.

“It’s a fantastic feeling to get industry and peer recognition for a project that’s been so close to our hearts. We want the success of the film to not only open more doors for us, but to inspire other filmmakers to fight for the films that excite them.”

Anvari, who was previously Bafta nominated for his 2011 short Two & Two, hopes the recent awards attention “will continue to open doors” in his career.

Looking forward, the Wigwam trio are “a sworn blood pact” and plotting a slate of films. These include Anvari’s sophomore feature, a London-based neo-noir thriller the producers believe will replicate the “refreshingly ambitious” feel of Under The Shadow.