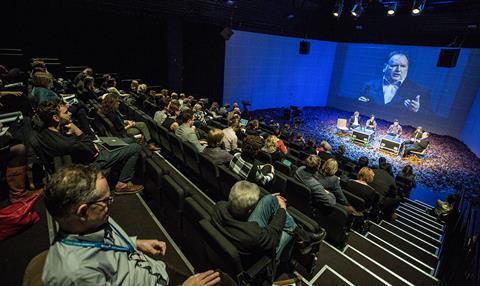 This year’s Industry@Tallinn programme at Black Nights can be divided into four key segments: the future of sales agents, the return of the European Commission’s Film Forum, the work-in-progress event, and the inaugural technology-focused event Storytek.

The festival will host European sales organisation Europa International’s annual conference this year (November 18-19). A total of 60 sales agents will be in attendance, including major European companies such as TrustNordisk, Wild Bunch and TF1 International, as well as further representatives from regions including the US and the Middle East. “It’s a good opportunity for sales agents to meet producers and regional governments in a cosy setting,” says Sten-Kristian Saluveer, the festival’s head of industry.

The conference will focus on the sales industry’s future, he explains. “It will explore how we can get more energy into the sales process. Especially now with the bankruptcy of Fortissimo and Metrodome, it’s a timely moment to ask, ‘What are the future sales models going to be? Where is the sustainability?’”

The European Commission’s Film Forum is returning to Tallinn following a successful first outing in 2015, when it focused on the digital single market. Held on November 21, this year’s forum will have the theme ‘Breaking Windows’, spotlighting the transforming nature of distribution models. “We proposed the topic and structure of the forum,” explains Saluveer. “This is a really interesting time to talk about windows. All the big online players such as Netflix and Amazon are buying up content. The traditional structure in terms of distribution windows and festival premieres is transforming; we’re at a breaking point. What will release strategies and the wider market look like in the future?”

Saluveer says the European Commission felt that hosting the forum in Tallinn last year was “a really good fit” and it had been encouraged by “the amount of healthy discussion that took place”.

“Tallinn is not so politicised; people can come here and say their opinion,” he says. “There is a lot of shouting at major markets. Tallinn can be a place where people come to the table and figure out problems.”

Elsewhere, for the first time the festival will host a works-in-progress event dedicated to genre titles, which will take place on November 20. “Genre films have had a boost in recent years across the Nordics, Baltics and Estonia,” says Saluveer. “We are trying to integrate genre into the rest of the industry programme.”

Industry delegates will find a large amount of activity taking place in the conference spaces and lobby areas of the Nordic Hotel Forum located on Viru Valjak 3, as well as the Tallink City Hotel on A Laikmaa 5. Guests will also find plenty of networking space at the festival’s home this year, the Solaris Centre on Estonia Puiestee 9. Film sales representatives will be out in force at the Europa International annual sales conference, while delegates from the genre field will be well served by the European Genre Forum.