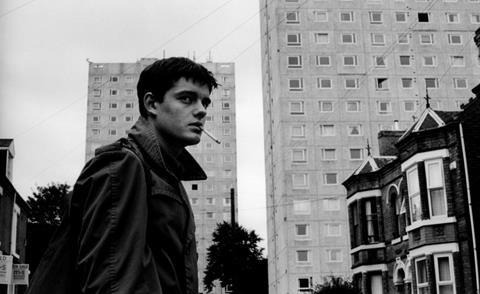 A rare music biopic that refuses to be cowed by myth, Control casts an insightful, poignant and very human light on a British rock legend, the late Joy Division singer Ian Curtis. The debut feature by former music press photographer Anton Corbijn - who took some of the iconic portraits of Curtis - the film, with its early 60s rather than 70s look, is set firmly in a tradition of British black-and-white Northern realism.

It takes the forbidding, poetic figure of Curtis and shows him as he apparently was - a vulnerable young man with an armful of personal problems. Based on a memoir by his widow Deborah Curtis, one of the film’s co-producers, Control may offer a partial view of the man’s life and suicide, but it’s an immensely affecting, intelligent study.

The film should be healthily exportable as well as a respectable cult success in the UK, while festivals will go a bomb on it (it enjoyed a strong reaction in Cannes where it opened Directors’ Fortnight).

The main setting is Curtis’s hometown of Macclesfield, Manchester in the early 1970s, where the teenage Curtis (Riley) is an intelligent loner with literary aspirations and a love of David Bowie and Lou Reed.

When he meets Deborah (Morton), she’s instantly bowled over by Curtis’s cocky, Wordsworth-quoting sensitivity, and the couple marry young. Then the punk revolution happens, and Curtis joins a local band Warsaw, soon to be renamed Joy Division.

Meanwhile Curtis becomes the father of a baby girl, develops epilepsy and starts an affair with Belgian fan Annik Honore (Lara). While the film is essentially Ian’s story, the focuses shifts subtly in the second part to Deborah, as she copes with the fall-out from her husband’s traumas.

The film portrays a mundane world of pub backrooms and Transit vans, and a domestic life embodied by the proverbial pram in the hall. A restrained, tender Morton intelligently embodies the reality factor that Curtis is increasingly unable to handle.

Striking new discovery Riley brings a touch of young Tom Courtenay to his role, and proves an uncanny reincarnation of Curtis on stage, in all his febrile, elbow-swinging glory.

Other members of the band - notably James Anthony Pearson, as cocky, earnest guitarist Bernard Sumner - are excellent, and whip up a storm in their convincing recreation of Joy Division’s performances.