Film writer, broadcaster and novelist Newman has been reviewing films for more than 30 years in publications including Sight & Sound and Empire. 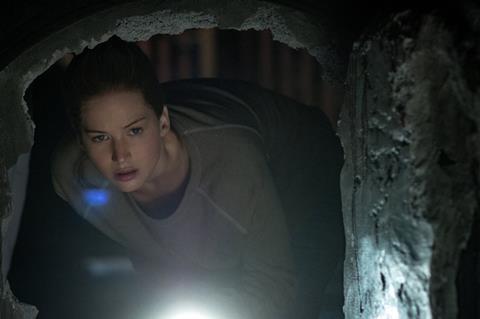 Dir: Darren Aronofsky
This rich, disturbing work about life in the orbit of a bullish artist stars Jennifer Lawrence as the young wife making huge sacrifices to accommodate the extreme demands of her creator-god husband Javier Bardem and his legion of worshippers. Beginning as a creepy horror-comedy of manners and escalating into a cycle of apocalyptic revelation, it also boasts the perfectly unnerving presences of Michelle Pfeiffer and Ed Harris.
CONTACT: Paramount Pictures

Dir: David Lowery
Deceptively quiet and disarmingly easy to poke fun at due to Casey Affleck’s be-sheeted performance, this intriguing film addresses the question of what a ghost — and, indeed, a ghost story — might be.
CONTACT: A24/Picturehouse Entertainment

Dir: S Craig Zahler
Brutal yet leisurely melodrama with a supremely hardboiled Vince Vaughn and a terrific narrative hook that marks out the development of S Craig Zahler as a distinct genre talent.
CONTACT: XYZ Films

Dir: Jon Watts
A good-humoured, optimistic comic-book movie. Uniquely, all its major action set-pieces have Spider-Man struggling to save people rather than punch them.
CONTACT: Sony Pictures

Dir: Keith Maitland
This account of the 1966 Austin sniper incident marginalises the killer to concentrate on extraordinary stories of heroism, loss and decency in a story that remains relevant to all manner of contemporary issues. Using animation to recreate events and interviews, this has a powerful immediacy and an emotional final reel, as youthful cartoons segue into weathered live-action survivors.
CONTACT: Cinetic Media

I Don’t Feel At Home In This World Anymore

Dir: Macon Blair
An odd, unexpected little film-noir shaggy-dog story starring Melanie Lynskey as a put-upon nurse increasingly disillusioned with the state of the world. The theft of her laptop spurs her to become a vigilante and track down the thieves — abetted by Elijah Wood as her oddball neighbour — only to be led on to a more complex if equally inept set of crimes. After winning the grand jury prize at Sundance, I Don’t Feel At Home In This World Anymore went straight to Netflix.
CONTACT: Netflix