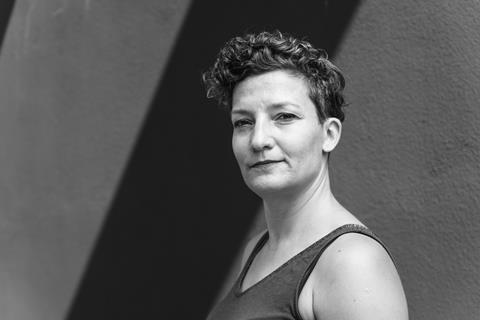 The 20th edition of the Open Doors platform (August 4-9) will kickstart a three-year cycle devoted to Latin America and the Caribbean (LAC) territories.

Zsuzsi Bankuti, who is leading Open Doors’ 2022 edition, and her team were particularly focused on choosing LAC territories they considered to be under-represented on the international scene, sidestepping more-visible countries such as Argentina, Brazil, Mexico and Chile, and putting Locarno on a different footing from other European markets and lab initiatives.

“Besides that filmmakers and producers realise their films, the ultimate goal of Open Doors is to establish relationships with the entire filmmaking scene in the focus countries,” says Bankuti, noting her team received almost 200 applications for this year’s initiative. “We aim to provide a space of recognition for the filmmakers, and give them access to networking, creative resources and inspiration, which they can then share with their own filmmaking community.” 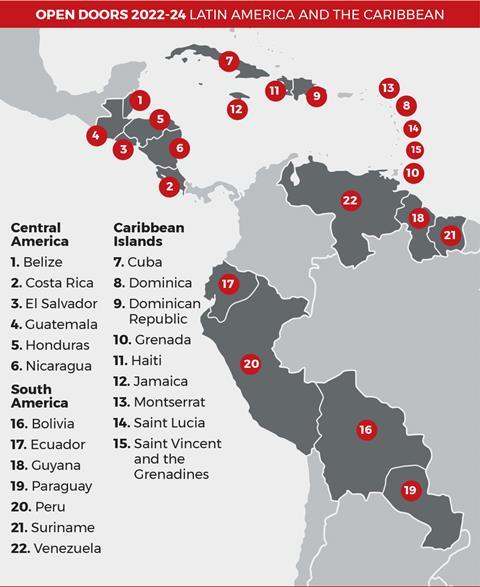 Open Doors — born as a joint project between Locarno Film Festival and the Swiss Agency for Development and Cooperation (SDC) of the Federal Department of Foreign Affairs — has always been about creating a space for encounters and collaboration during its physical event. This revolves around the Projects Hub, which presents eight feature projects from the region; the Producers’ Lab, aimed at supporting nine emerging producers; and screenings of a selection of features and shorts. But Open Doors is also evolving to offer the same levels of support throughout the year, through its digital initiatives.

Available to be consulted freely, online platform Open Doors ToolBox provides a year-round resource centre for filmmakers and producers from the current and previous regions of Open Doors. Registered participants can also tap into information on development possibilities for their projects (for example, via international funds, development workshops, or after being selected for festivals). “Open Doors is always evolving,” Bankuti notes. “We [Open Doors] are doing a lot of development in the countries we highlight. It’s not only a showcase for projects, it’s not only the co-production market and those meetings, it’s much more beyond.”

Open Doors is a hybrid event, after turning a pandemic necessity into a virtue, increasing its online information and networking opportunities to more registered members across the world. “The hybrid version works well,” Bankuti says. “We have an online part, which is more training-heavy for selected talent and every participant of Open Doors. They have dedicated training activities across the year.”

Open Doors allows participants to reach mentors and collaborators online throughout the year, sharing updates and discussing the journey from development to production. Bankuti also notes there were 40 applications for eight places on Open Doors’ consultancy programme — a project-based service offering year‑round online one-to-one advice from international experts, for film projects and creative teams at different stages of production.

Being hybrid, Bankuti says, also means the event has a smaller carbon footprint, and is becoming greener and more efficient. And crucially, by expanding its online offering and year-round support, Open Doors is fostering and maintaining a broader community of filmmakers that can truly sustain itself.