How the screen sectors can help to reboot international economies 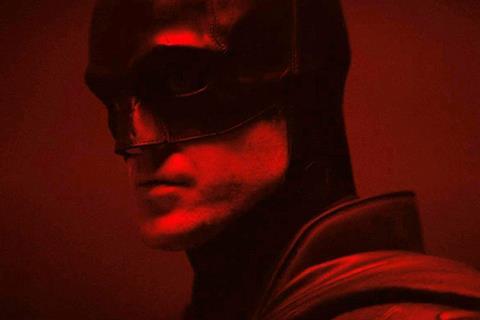 Before the Covid-19 pandemic hit, 2020 was on track to be a banner year in terms of the global value of film and television production. After several years of groundbreaking growth, voracious consumer demand and huge investments have underlined the screen sector’s eye-catching ability to seriously drive economic activity around the world.

According to calculations by the UBS bank reported in the Economist, for example, content spending by 16 companies in the US last year was roughly equal to the sum invested in the US’ oil industry in 2019. Meanwhile, data from the UK’s Office of National Statistics showed film and television helped stop the UK going into recession for the period June to August 2019.

However, instead of a providing new high watermark for global screen sector expenditure, 2020 has seen the global screen production sector disrupted to an unprecedented scale.

Against this backdrop, Olsberg•SPI’s newly-published Global Screen Production – The Impact of Film and Television Production on Economic Recovery from COVID-19 provides powerful evidence of the value of screen production, and how the sector is uniquely placed to assist governments around the world as they try to reboot their economies in the wake of Covid-19.

Talk of recovery may be somewhat premature in a world in which Covid-19 continues to ravage societies and economies, but the Global Screen Production report provides compelling evidence of the potent economic power of screen production and its ability to generate speedy economic impact in the COVID-19 landscape.

In value terms, a key finding of the report is that global expenditure in 2019 reached $177 billion. This forensic valuation, undertaken through analysis of over 100 sources of information, including company reports and territorial surveys, covers feature film, scripted television and documentaries, but not sport, news or commercials. The total economic impact of this spend reached $414 billion last year.

This expenditure drives jobs right across the screen value chain, since production creates employment in sectors such as distribution and exhibition. Across this whole value chain, 14 million full-time equivalent (FTE) jobs were created in 2019. As a type of specialised and fleet-footed manufacturing activity, screen production creates modern, highly skilled, productive and mobile employment which is far less vulnerable to replacement by robotics and Artificial Intelligence (AI) than in many sectors.

The report also shows the global flow of the $177 billion in spend has highly positive impacts for markets outside of the US. While 65%, or $115 billion, of global screen investment was found to originate from the US, only 40%, or $71 billion, was spent in the US in 2019. Recipient regions can see huge inward investment benefits. The UK, for example, is the source of only 3% of global screen production spend but the recipient of 12% – a positive difference of nearly $16 billion. Latin America originates 2% of global spend, but receives 3% – a positive difference of over $1.6 billion.

Screen productions also inject significant volumes of capital in a national economy very rapidly and across diverse business sectors – an obvious benefit as economies look to recover from Covid-19. Analysis of a major film, for example, shows an average of $10m per week was spent during a 16-week shoot.

Detailed analysis of a range of film and television drama budgets shows, on average, 67% of production costs are spent in other business sectors outside of screen production. This includes significant amounts in sectors hit particularly hard by Covid-19- related shutdowns. Of the projects analysed in the report, an average of 8.1% of spend occurred in the travel and transport sector, and 6.6% in hospitality and catering. There were also impacts in the safety and security and health and medical sectors, though these areas will become far more important as production protocols adjust to the reality of Covid-19, and the budgets spent in these areas is expected to increase.

A survey undertaken for the report of around 141 national, regional and local film commissions illuminates the vast and damaging scale of the impact of the Covid-19 pandemic on production across the world. In total, the survey results showed an average decline in production of 70% over the first six months of 2020. Prior to Covid-19, the majority of commissions were expecting levels of production in 2020 to be higher than compared with 2019, and in over a quarter of cases significantly higher. This has led to a loss $145 billion in economic impact over the first six months of 2020, and a loss of 10 million global screen sector value chain FTE jobs. However, the speed and power of production spend can compensate for these losses.

Nevertheless, given the demonstrable power of screen production to deliver substantial spend in a short space of time, it will be a powerful sector for driving economic recovery in many territories. A number of governments are already looking at screen production for this purpose.