How Ukraine is working to attract international film and TV production 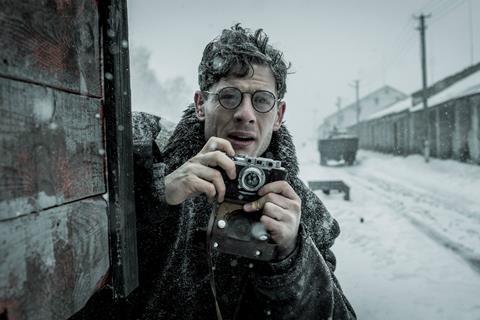 Ukraine’s long-awaited 16.6% cash rebate for local and international film and TV productions shooting in the country is set to finally be launched in 2020. The industry and government are now working out the criteria and guidelines.

The new incentive was approved by the government in 2017 with the aim of cementing on the map the already comparatively inexpensive country as a destination for international film and TV producers.

Ahead of the launch of the rebate, a dozen representatives from the country’s myriad film bodies gathered as part of the industry programme (July 16-19) of the Odesa International Film Festival (OIFF) this week to help promote the country to local and international film and TV producers. They included the Ukrainian State Film Agency, Odesa Film Office and the film commissions of Lviv, Ivano-Frankivsk, Zakarpattya, Ternopil, Cherkassy, Mariupol, Genich and Truskavets.

Film commissions in Ukraine are in their infancy and are only just beginning to work out their place in the production landscape. The lion’s share of production deal-making remains firmly in the hands of Ukraine’s production companies and producers. The country signed a co-production treaty with Canada earlier this month. It is the territory’s third, joining its existing agreements with France and Israel.

According to Oleksandr Shcherbyna, producer general of the Ukraine Film Office, Ukraine’s film and TV industry has long relied on international collaboration and now offers incoming producers a film-friendly environment.

“There are a lot of English-speaking personnel as Ukrainian producers have always been required to work with foreign directors and DoPs,” Shcherbyna explained.

Ukrainian, Russian and other European language speakers are also on hand.

Shcherbyna said there are around 20,000 freelance film and TV workers, 70 production banners, 30 post-production & VFX companies and 10 active rental companies including international operators Filmotechnic and Patriot Rental. As far as equipment rental, “everything is here and is top-notch,” he noted.

But while there are studios with sound stages, they are often overbooked and Ukraine can presently host tens rather than hundreds of films in a year. Several companies are now considering plans to build an A-class studio facility comparable to Bulgaria’s Nu Boyana Studios.

Filming permits are “easily” negotiated and obtained by local location managers in most cases, with the exception being when looking to use military items. “The Ukrainian army often helps in providing military equipment and vehicles,” explained Shcherbyna.

Streets can be closed, even in major cities such as Kiev.

Ukraine is Europe’s largest territory at 603,628 square kilometres, stretching from Russia in the east, Poland in the west, the Black Sea in the south and former Soviet state Belarus in the north. Major cities are connected with flights and intercity day trains. Kiev is often the main production centre from which crew can travel to location shoots.

The country is famous for its myriad Orthodox cathedrals, the Carpathian beech forests and the centre of the Chernobyl Exclusion Zone, established by the former Soviet Union soon after the accident in 1986. It boasts seven Unesco world heritage sites within its borders and is now considered a safe place to spend a limited amount of time. (HBO and Sky Atlantic’s mini-series Chernobyl shot in Lithuania in 2018.)

During Cannes this year, the Film Industry Association of Ukraine together with the State Film Agency published a co-production guide for international companies willing to develop joint projects with their Ukrainian counterparts covering legislation, institutions, taxation and those prospective cash rebates. The country presently offers international filmmakers and producers no Value Added Tax (VAT) on production services, access to Ukrainian military might (second largest in Europe after Russia) and experienced crews familiar with the demands of commercial TV production.

It is likely the new rebate system will require a production to partner with a local producer or production company in the same way as those accessing the current VAT exemption do.