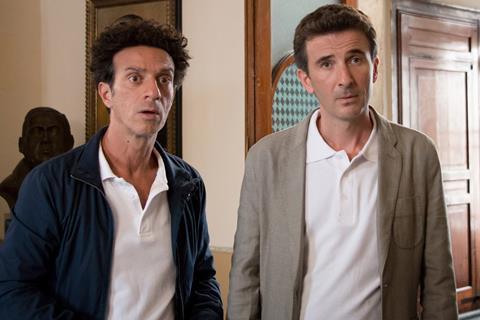 The box office produced a study in contrasts for female role models. Right at the top was Emma Watson’s chaste and pure Disney heroine in Beauty And The Beast ($21.9m). Wonder Woman’s Amazonian superhero, on the other hand, held less appeal to Italian audiences than in other territories and the film landed in 39th place for the year. Releasing Wonder Woman in the summer may have contributed to the poor outcome ($3.9m), confirming that the season remains a challenge for audience attention in Italy.

The only Italian productions able to compete with the studio blockbusters were a pair of local comedies: Daylight Saving Time, a political satire from Sicilian comedy duo Ficarra and Picone; and Mister Felicita, an escapist romantic comedy starring popular Italian comic Alessandro Siani. Although the films landed in seventh and eighth place for the year with $10.9m and $10.6m respectively, both were considered disappointing outcomes, confirming a consistent downward trend for local comedies. 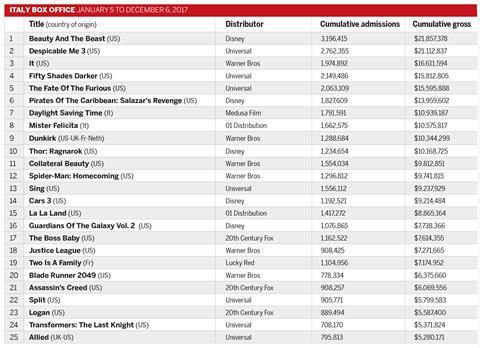