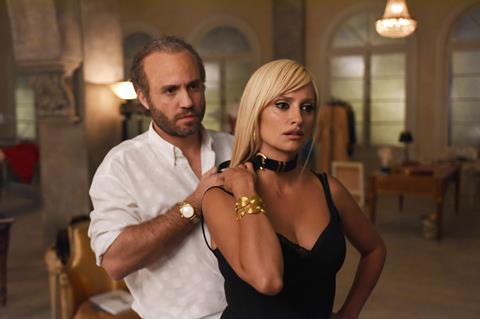 The Assassination Of Gianni Versace: American Crime Story may carry a banner suggesting genre thrills but, just like the first season of the American Crime Story strand - The People v OJ Simpson, which won the Primetime Emmy for best limited series in 2016 - the second instalment offers much more than true crime intrigue.

Once again executive produced by Ryan Murphy for the FX cable network, the second season is based on the non-fiction book Vulgar Favors by Maureen Orth and centres on the story of Andrew Cunanan, the young man whose cross-country mid-1990s killing spree culminated in the murder of international fashion icon Gianni Versace.

Yet it was the story’s backdrop of cultural homophobia and prejudice that struck actor Edgar Ramirez as he portrayed Versace in the years leading up to the murder - years in which the Italian designer came out as gay and was hit with a serious illness. The Versace family said the illness was cancer, but Orth’s book suggested the designer was HIV positive when he died.

“It was something that we all discovered as we were doing the show, something that gives an amazing quality to the story,” says Venezuela-born Ramirez, who co-stars with Darren Criss, Penelope Cruz and Ricky Martin. “Although just the title - The Assassination Of Gianni Versace -  has a political overtone, it was actually the subtleties that helped us come to the conclusion that homophobia was the underlying subject of the whole story.”

Through the course of the investigation into the Cunanan killings, says Ramirez, “the element that always comes up is this sort of refusal to acknowledge the existence of a gay world out there. [It went] all the way from raging homophobia to mere ignorance, which is a very dangerous form of internalised homophobia. [Because] it was only gay men that he was killing, it most likely did not seem like a public threat for the authorities at the time.”

Ramirez — a former student journalist who has previously earned acclaim for playing famous real-life figures in the 2010 miniseries Carlos (in which he portrayed the Venezuelan terrorist known as Carlos the Jackal) and 2013 feature The Liberator (in which he starred as the country’s celebrated 19th-century military leader Simon Bolivar) - says that when it comes to these roles, he is “relentless when I do my research. I had access to some of [Versace’s] closest friends. I was very lucky they trusted me with their insights.”

What he did not do, though, for personal as well as legal reasons, is contact the Versace family, which includes Gianni’s designer sister Donatella, also prominently portrayed in the series by Cruz. 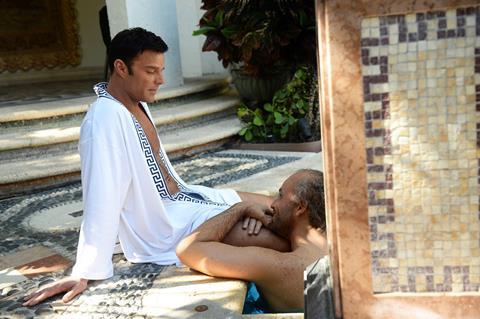 “The family went through one of the most excruciatingly painful experiences that a family can go through in life,” Ramirez explains, “and it all happened in the public eye. I felt that it was not right to approach them.”

At the same time as the series tracks Cunanan (played by Criss) and his complex relationships with his earlier victims, it also follows Versace through the business and personal ups and downs of his final years. The key to playing the character through those times, suggests Ramirez, lay in understanding the “cultural and religious imagination” that goes with the Catholicism of Mediterranean countries.

“I was brought up Catholic and it’s a world of miracles and a world of redemption,” the actor explains. “So while it’s impossible for me to know where Gianni’s head was at the time, I’m sure he believed in miracles. You can see it in his work, which was full of symbolism. And that was maybe where my head was at.”

Reaction to the series from the LGBTQI+ community and from Versace’s friends has been “very positive”, Ramirez reports. “People that were close to him and have seen the show have expressed very nice things about the experience of watching him again.”

The Versace family, on the other hand, issued a statement just before the show’s premiere saying that since it did not authorise Orth’s book or have any involvement in the screenplay, “this TV series should only be considered as a work of fiction”.

In response, Ramirez — who in parallel to his acting career serves as a goodwill ambassador for Unicef in Venezuela — takes the high (and diplomatic) road. “I didn’t see anything angry [in the Versace family statement],” he says, “or that they were against the show, as some media have pointed out. They basically said that they considered the book a work of fiction, and if the show is based on the book then the show is a work of fiction. I thought it was very polite and understandable.”

Read more: “It feels like the Berlin Wall coming down!” - Top Of The Lake creator Jane Campion on the gender revolution