US film tax incentives: something to bank on?

The tax incentives offered by many states provide US-based productions with a valuable source of support. But shifts in policy have led to uncertainty about the future of some schemes. 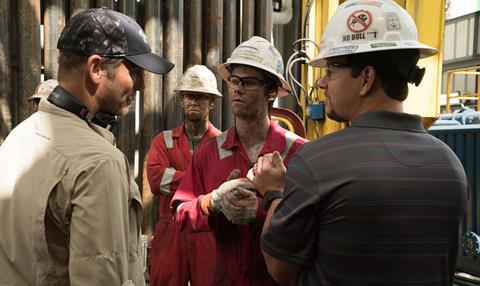 From a global perspective, the US came late to the tax incentives game. But by the end of the 2000s, more than 45 of the nation’s 50 individual states — from tiny Maine in the east to cinematic California in the west — had incentive programmes designed either to lure ‘runaway production’ back from Canada and Europe or at least keep the states concerned competitive with their domestic neighbours.

In the past half-decade, however, the state incentive count has fallen to around 36. And the programmes that remain have come under scrutiny from politicians, public policy think tanks and academics. Most recently, research from the University of Southern California has claimed that film incentives produce only short-term wage gains, little job growth and no change in market share.

“The incentives are a bad investment,” says the research’s lead author Michael Thom. “States pour millions of tax dollars into a programme that offers little return.”

The Motion Picture Association of America (MPAA) has called one of Thom’s studies “false and misleading” and the result of “academic malpractice”. But that has not brought an end to the incentives debate.

The most established and heavily used state incentive programmes — offering credits ranging from 25% to 40% — include those in Louisiana and New Mexico, both now key hubs for independent production; New York, where, thanks largely to an influx of television series, state production spending has increased 55% in the past five years; California, where the state’s original eight-year programme is set to generate about $5.5bn in direct spending; and Georgia, where a five-year push for studio projects has made the state the third busiest production centre in the US, with more than $2bn in direct spending in fiscal 2016.

Tax credit experts suggest that from a state’s point of view, the crucial measures of an incentive programme’s success are its return on investment (ROI), its effect on tourism and its ability to create long-term local jobs and the long-term spending that goes with them (photo ops for local politicians with visiting movie stars may be another factor).

For producers, of course, the most important consideration is the size of the incentive, whether it comes in the form of a rebate, a transferable tax credit or, as it does in New York, New Mexico and a majority of states, a refundable tax credit. “It all depends on how the numbers work,” says Vans Stevenson, the MPAA’s senior vice president for state government affairs. “The incentive is the first thing the overwhelming majority of producers look at when they’re trying to make a location decision.”

Other lures include adequate studio space, good local crews and, as in the case of Georgia, an incentive that has no project or annual caps and is payable on above-the-line as well as below-the-line spending. Perhaps most important are the credibility and sustainability — Louisiana’s incentive scheme has now been running for 14 years and New Mexico’s for 13 — that allow producers and financiers to bank, figuratively and literally, on tax credits.

“There’s more value in a programme that has certainty at 20% than a programme at 40% that’s uncertain,” says Joe Chianese, executive vice president at incentive experts EP Financial Solutions.

State incentive programmes that have been killed or cut back over the past five years include those in North Carolina, New Jersey, Michigan, Alaska and Florida.

In some cases, the demise has been the result of external circumstances — such as the drop in the price of oil and gas that hit Alaska last year — forcing a state to rethink its budget. In others, politicians have apparently balked at funding a popular programme: the incentive that 10 years ago made Florida the third most active location in the US was repeatedly denied funding before being dispensed with altogether this past summer.

Analysts say incentives are not necessarily a partisan issue, with opposition to credits being just as likely to come from Democrats favouring social programmes as from Republicans opposed to government spending. But programmes can become the victims of political change, as the New Jersey scheme was when a new governor took over in the state in 2010.

The demise last year of the Michigan programme, which from 2008-15 offered the country’s most generous credit at 42%, was the result of structural defects, argues Kevin Klowden, executive director at Milken Institute’s California Center think-tank.

“Michigan didn’t have much of an employment base in the entertainment industry to start with,” says Klowden, “and they didn’t incentivise building that up. They did incentivise building the studio space, but that process takes a few years and while it’s happening you need to be building up your crews and coming up with mechanisms for sustainability.”

The evolution of Louisiana’s incentive programme reflects some of the ways in which the climate for US incentives may be changing. The programme has allowed Louisiana to host $6bn worth of film and TV production since 2002, and in 2014 the state claimed $4.63 of sales for every dollar of tax credit awarded. But last year, because of a fiscal crisis caused by a drop in oil prices, the state imposed temporary annual and per-project caps on the credits. And this year, with local production spending down by around 80%, the state’s governor has called for a comprehensive review of the incentive scheme.

“They just want us to be smarter about the programme,” says Louisiana Entertainment executive director Chris Stelly. The review, he adds, will involve “a deep dive into four key aspects: sustainability, predictability, better ROI and a greater statewide impact.”

The second phase of California’s incentive scheme shows how one state is adapting to changing conditions in an increasingly globalised film industry — conditions like the recent collapse of the pound, making UK production much more attractive to US producers, and the introduction by Dalian Wanda of a 40% rebate for shooting in China’s new Qingdao studio complex.

California’s ‘2.0’ credit programme, launched a year ago, triples the size of the state’s annual incentive pool from $100m to $300m, designates funding pots for four different types of production and introduces a ‘jobs ratio’ selection formula to replace the original programme’s lottery system.

California Film Commission executive director Amy Lemisch says the new programme “was designed to be highly targeted [on] those productions that were most likely to lead to access incentives elsewhere — the runaway projects.” And the four pots, Lemisch adds, create “much more certainty that funds are going to be available”.

The new programme has attracted criticism from some independent producers, however, because it sets only 5% of its total funding aside for independent projects, compared to the 10% that was designated in the original programme (though because of the tripling of overall funding, the actual amounts assigned work out to $16.5m in the new programme and $10m in the old).

The change in proportion, charges Independent Film & Television Alliance president Jean Prewitt, “was done in a late-night session. We were not asked about it or given the opportunity to argue about it. It was a very clear decision by the state to try to bring back blockbusters.”

And that preference, Prewitt suggests, might not help achieve one of the goals usually cited for film incentive programmes. “Seventy percent of the film productions in the US are done by independents,” she says, “so a state that overlooks that statistic is overlooking how you would build up a true flow of employment.”

Deepwater Horizon — With a budget of $136.5m, this dramatisation of the 2010 BP offshore oil spill was shot in Louisiana, the Gulf Coast state most affected by the disaster. The production had expenditures of $122.5m and a payroll of $15.3m in the state, earning producers Summit Entertainment and Participant Media a total tax credit of $37.7m.

Ant-Man — Marvel Studios’ superhero film shot mostly in Georgia (with secondary locations in California), spending $106m of its estimated $142m budget in the southeastern US state and reaping an estimated tax credit of $32m.

A Wrinkle In Time — In pre-production, this Walt Disney Pictures family adventure is the first tentpole production selected for California’s new ‘2.0’ tax credit programme. With a budget expected to top $100m, the project has filed to spend $83.5m over 80 days of shooting in the Golden State, hiring 378 local cast and crew members, paying $44m in below-the-line wages and receiving a credit of $18.1m.

Terminator Genisys — The fifth instalment in the Terminator franchise was mostly filmed in Louisiana (with additional shoots in California), spending $107.1m plus $14.4m in payroll in the state out of total production costs of $126.6m. The Louisiana shoot earned producers Paramount Pictures and Skydance $32.8m in tax credits.

Ted 2 — This comedy sequel from Universal Pictures and Media Rights Capital shot primarily in Massachusetts, birthplace of star Mark Wahlberg. Spending $56m of its estimated $68m budget in the northeastern state, it ended up with a Massachusetts tax credit of $14m.