The SXSW premiere tells the true story of the internet’s elusive Boogeyman and the two 12-year-old girls who believed they had to kill for him and asks, who is responsible? 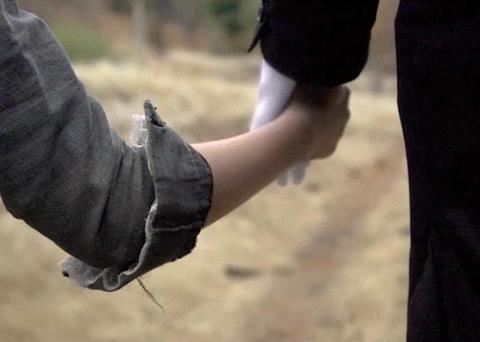 Beware The Slenderman combines home movies, insights from child psychologists and mythology experts, and interviews from the parents and the taped confessions of Morgan Geyser and Anissa Weier, who are still awaiting trial on charges of attempted murder of their friend Payton Lautner.

The film will premiere later this year on HBO and screens next at Hot Docs in Toronto. Brodsky’s credits include One Last Hug: Three Days At Grief Camp, The Final Inch, and Sundance 2008 audience award winner Hear And Now.

How did you get involved with this documentary and the topic of Slenderman?
I was developing a film with HBO on children’s perceptions of reality and fantasy in the online universe. When this story happened in Wisconsin in May 2014, I sadly could recognise this was in line with some of the things I had been thinking about. Sheila Nevins and Sara Bernstein at HBO also thought the incident might be a way to talk about some of these issues. As I started exploring the subject, it evolved into having a lot of true crime elements, and became a very suspenseful film.

How soon after the attempted murder did you get involved with the case?
The event happened on a Sunday and by the middle of the week, I was starting my research. It took several months to get the parents’ involvement in the film. There were a lot of legal motions. When it came to the two girls [Morgan Geyser and Anissa Weier], it was a question of discretion. Their lawyers and their parents and I talked about it a lot, and for a number of reasons, it was decided I would not interview them.

But they are woven extensively into the film with the interrogation footage, which was released by the court. I tried to speak to the victim [Payton Lautner] and her family as well, but they opted not to be a part of it. In total, I followed this story for 18 months. I would have liked for this documentary to include the outcome of the trial, but this was too pressing not to put the documentary forward now.

What did you find was the motivating factor in the crime?
Not all people interpret the internet the same way. For children, even though they have a sense of what is right and wrong from an early age, I think the visceral dynamic nature of the internet can be all-consuming. It can sweep you up; kind of like falling in love. I think that is what Slenderman is for these girls, and for all we know, that is what he is for a lot of kids.

I also think there is something with the internet, the like buttons and our availability to recreate content and put it out there to give it more traction in our mind or a community of online friends. And for someone like Anissa, the tragedy is she is not someone who had a lot of real world friends. She had a supportive family but as it turns out, not even her parents realised she was having a social struggle.

There is no direct correlation why she was motivated to then participate in this violent act, and that is where this film comes in: why the girls in their thrall of obsession with Slenderman took this additional step. That is coming out in their case, and the film reveals in their own words why they felt they had to do this. The film is a launching pad to discuss a lot of these things.

There are a lot of popular true crime shows such as Making A Murderer on television at the moment. Did that influence you when making the film?
I try to keep blinders on when I make my films. I don’t try to be like anything else or have it fit into a genre. If this fits into that true crime genre, I say that is fine. If I get documentary purists or people who never really watch docs, I think that is great too. If I have people showing it at midnight movies, I am honoured. It’s a very suspenseful and compelling doc that has elements of a horror film, so I think there is something in it for everybody. It’s also a conversation starting point for parents and their children. If we can prompt these discussions, we can prompt kids to make good decisions.

Did you have a clear idea on the production of the documentary, such as the structure and integral use of music?
I never had an agenda. I try to keep an open mind and let the film go where it wants to go. But I am very passionate about music, and I knew I wanted that to be a big part. I remember watching the Canadian film Polytechnique, and the music really staying with me. So I was thrilled when we could work with the accomplished composer Benoît Charest, also known for his Grammy and Oscar-nominated score for Belleville Rendez-vous [aka The Triplets Of Belleville] I must mention the editor Gladys Mae Murphy as well: I could not have made this film without her sense of structure and story.

You have another film that is being shown on HBO in July called Open Your Eyes. Can you tell us what it’s about?
I am incredibly proud of this film. It’s a 30-minute film about a blind couple in the Himalayas who find their sight again. I followed them for three days. It was a very different film in every regard, in particular because I shot the film as a one-man band. I did not work with anyone. Sometimes if you don’t have to communicate your ideas to anyone, it’s very efficient.

And talking about music, Peter Gabriel and South Asia’s answer to Bono – Salman Ahmad – did my soundtrack. The music is beautiful. It’s practically a music montage.