Jeff Nichols on the making of 'Midnight Special'

On the back of buzzy premieres in Berlinale and most recently SXSW, Jeff Nichols has earned acclaim for his fourth film, which marks his first collaboration with a major studio and makes its way into US cinemas on Friday through Warner Bros. 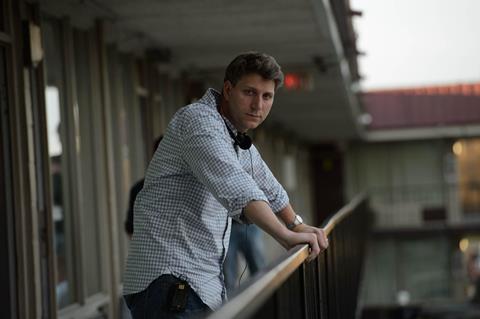 Back in his hometown of Austin, Texas, for SXSW, Nichols spoke to Tiffany Pritchard about the transition from indie to mainstream, and why that matters not when it comes to telling stories and touching the hearts of audiences.

Many are likening Midnight Special to Take Shelter, both in its underlying supernatural elements and its focus on family. Was this an intentional thought when writing the script?
Take Shelter was written by a man who was about to become a father, and all the anxiety that entails, while Midnight Special was written by a man who already is a father. I realised that having a child means giving up a part of yourself to the universe. If something happens to that child, you will feel it because you love him so much. It’s a helpless feeling, too, knowing that there is now this person in your life that you would do anything for, but in some ways you really have no control over.

Having said that, this project took time to formulate. I remember doing press for Mud, and telling people I had this idea – something ‘sort of sci-fi but I’m not really sure.’ That’s how these things begin. And then you start adding the layers and connecting them to your life personally, which is necessary in order to run the gauntlet of the film-making process. Oddly enough, I was approached about Loving [scheduled for release via Focus Features on November 4] before we went into production for Midnight Special so I got that written very quickly around the same time. It’s weird how these things happen.

Did working with Warner Brothers change the way you work, both creatively and financially?
There wasn’t that much more money because there was a lot more screenplay, a lot more movie on the page that I had to take care of.  And as independent producers [working together with Take Shelter’s Sarah Green and Brian Kavanaugh-Jones], we didn’t go in asking for twice as much as we needed. We went in as mindful creative types asking for what we thought we needed, and we were very appreciative that they gave it to us.

Things that were different were conversations like: ‘We can get a helicopter?’ ‘Yes, you can have a helicopter, plus another CGI helicopter.’ ‘Can we see what the CGI version will look like?’ ‘Yes, we can try out a few versions.’ We didn’t have those conversations on Take Shelter. Or we sat down with the special effects coordinator John McLeod and the stunt coordinator Scott Rogers and discussed things such as the way the wheel would come off the car. So on set, we worked shot-by-shot similar to the way we would normally work, but the difference is you spend a month planning the shots.

How much do you collaborate with long-term production partners such as production designer Chad Keith and DP Adam Stone in creating the film’s detailed visual shots, or is this something you envision when writing the script?
The structure of the shots are all worked out in my head. As I write, I pre-visualise each puzzle piece so when I close my eyes, I can talk to you and say, ‘Midnight Special begins with a close-up of the table with Joel [Edgerton] in profile at the door. I also need a front medium shot of him, followed by an over-the-shoulder shot of Michael Shannon with a slow push with the television in the background. He turns his face three-quarters clockwise and answers Joel’s question.’ That’s all worked out by the time the script is complete.

That is not to take the spotlight away from my wonderfully talented crew, many of whom I have worked with since Take Shelter. For instance, the production designer Chad Keith had to find a way to make the hotel look like a real grimy hotel, not a fake grimy hotel. It’s a lot harder than you think. With the DP Adam Stone, we worked closely with Michael Roy, the chief lighting technician, on the economy of light [low light]. That is very difficult when shooting on 35mm – the shots can go soft.

What was the casting process like, particularly the young Jaeden Lieberher?
I had this character in my mind. I could see him in the scene when he looks at his father and says, ‘You don’t have to worry about me anymore.’ So when Jaeden came to Austin, with this luminous pale skin and piercing eyes, I thought ‘Check.’ I remember trying to crack jokes with him by asking him what his favourite types of film were, and he said ‘dramas’. I thought it was funny for a young kid to say that but I think that is really what he believed; he wasn’t trying to be calculating, he was just very aware. He has a sense about him that is very uncanny.

I have a running list of actors that I find interesting, which is how I came to know Michael Shannon before casting him in Shotgun Stories. So when I saw Joel Edgerton in earlier films like Animal Kingdom and The Great Gatsby, even his small part in Zero Dark Thirty, I added him to that list. We had not worked together before, but at some point it’s like jumping off a cliff and I hope we don’t hit the bottom. When you get to set, that’s when you really fall in love. The actors make the script better, the film better.

You had a longer post-production period with Midnight Special than with your other films. Was that a specific decision made by Warner Brothers?
Initially, Warner Brothers wanted to push for a Cannes [2015] premiere and a US release around Thanksgiving 2015. We could have made it work but it would have been hairy, plus the theatrical year started stacking up so I think the studio made a wise decision to wait until now. But it’s hard to wait; when you finish these things, you want people to see what you did.

On all three of my previous films, we have always had a locked-down festival date so the producers could sort out distribution. In this case, the extra time allowed me to start production on Loving [starring Joel Edgerton and Ruth Negga as an interracial couple jailed for marrying in 1958] in the fall of 2015, and it gave me the chance to spend more time on post with things like SFX. It all worked out.

What projects do you have lined up next?
This is the first time since Shotgun Stories that I haven’t had a script ready to go after completing a film. I might actually take a break over the summer. Mark Twain compares life to a well: it gets drained down and then it needs to get filled back up.

There are five ideas I could tell you about right now, but they are not at the stage I can talk about. A lot of people would say press is tiring, but I am finding time to read on the plane, listen to other’s people’s conversations like Trump running for presidency. It’s a very creative time. I’ll soon start outlining these different ideas, and they’ll start to pull together like magnets, with one drawing enough mass to present itself as the next one. Or maybe a new idea comes over the horizon and knocks me on the floor.

Some say a big budget action movie is your next calling. Would you consider that as an option?
I would, but I am an idealist. I would love to look someone in the eye and say, ‘Give me $75m for this, and this is what I am going to make for you. It’s going to be awesome.’ I haven’t had that idea yet. I have a script knocking around in my head, but I’m not ready just yet.

What I can say is it’s becoming less likely for me shifting into director-for-hire work. I have been lucky. My family is healthy and happy. I don’t drive a fancy card nor live in a fancy house. My son is about to start private school and who knows, that might change. I reserve the right to personally sell out any time. But I think that I am sitting in a position where maybe, just maybe, I can be this person that gets to write and direct their own stuff.  Maybe I’ll run out of ideas that are as good as those that people approach me with. You just never know…