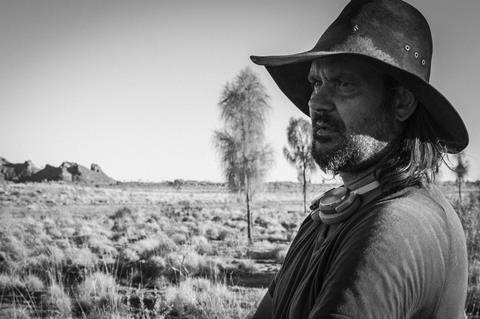 Warwick Thornton enters the Venice Competition with Sweet Country, a 1920s-set western about an aboriginal man tried for murder in outback Australia. It is the second narrative feature from Thornton, who won the Camera d’Or in 2009 for Samson & Delilah.

Screen: It’s been a long time since we’ve seen a single narrative feature from you…

Warwick Thornton: Yes, it’s the Led Zeppelin second album! You do get worried about it. You’re afraid everyone will find out you’re a complete fraud. I look at cinema as a tool to tell stories, to entertain and educate people, rather than just make money. I’m very proud of Samson & Delilah because it did that. It traumatised a little but it did entertain, and it made a little money for me. So with the second film I was wondering, can I do it again?

Screen: You’re working from someone else’s script this time. What made you want Sweet Country as your second narrative feature?

Warwick Thornton: I’m writing a lot of other scripts but none were close enough at the time. But after reading Steven McGregor’s script I thought, ‘This is actually perfect for me’. I grew up with westerns and have always wanted to make one. I connected with the Italian westerns and their antiheroes.

Screen: You’re a cinematographer as well. Did you shoot this one?

Warwick Thornton: Yes. It wasn’t a big budget. We shot it in 22 days. It was pretty fast and furious but I don’t mind that speed, as long as you invest a lot of time in pre-production and really know your shit before day one, scene one.

Screen: What is your own personal connection to the story and setting?

Warwick Thornton: I grew up in the desert and it’s about my people, aboriginal people in Central Australia, so it made all of the right connections and I knew all of the locations. In Alice Springs there are so many beautiful locations within an hour’s drive. A lot of them are National Parks and there was a process of negotiation with the indigenous people whose land it is, and getting the traditional owners on our side.

Screen: How important is it for you, an indigenous filmmaker, to be showing the realities of frontier justice in post-WWI Australia?

Warwick Thornton: It’s absolutely vital. Everybody in Australia still buys into that cowboy myth that’s prevalent worldwide, of whitefellas ‘building a nation’. We have a saying that Australia was ‘built off the sheep’s back’, which is a load of bullshit. It was built off the black’s back, through borderline slavery. A lot of people made a lot of money off free indigenous labour, especially during world wars where the price of beef and leather skyrocketed. It was really important for me to show the world that actually, black people were involved in building the cattle industry.

Another aspect I wanted to show was the blatant racism. It was a given that people believed us to be inferior beings, barely borderline human. Even in the 1950s they were still trying to measure our skulls to see if we were the missing link. That’s all part and parcel of this film.

Screen: How did you get your cast?

Warwick Thornton: I’ve worked with Bryan [Brown] before. I’ve never worked with Sam [Neill], but those two have worked before together, and that came quite naturally. I’m always a believer in finding people from the area, so Hamilton Morris (Kelly) and Natassia Gorey Furber (Lizzie Kelly) are both from Alice Springs; one is Walpiri and one is Arunda.

Screen: Your lead actor Hamilton is quite a discovery.

Warwick Thornton: Hamilton is fantastic! I’d just seen a small snippet of him and thought he’d be perfect for me. He looks amazing, can act and he listens. He saved my arse so many times on this film.

Screen: And you’re making history as the first Australian indigenous director with a film in competition at Venice.

Warwick Thornton: Oh, am I? That’s awesome! Getting into Venice is such a beautiful nod to those westerns that they made in Italy and Spain. I feel there is a connection to that kind of cinema and I’m really proud of that.