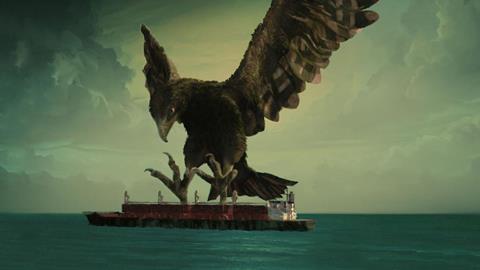 Somali pirates are the screen villains of the year, and they get another fifteen minutes in the documentary Last Hijack. Seen from a pirate’s point of view and shot in Somalia, it’s an effort to have you share at least one pirate’s pain.

After epic sagas like A Hijacking and Captain Phillips, much of the doc has the look of a home movie, despite the piercing light of the region.

Getting to an actual pirate – even a former one – is a huge coup, and filming in Somalia to tell that story involves genuine courage, yet Last Hijack is one part of the picture, rather than the definitive documentary on these contemporary buccaneers.

The film is likely to find a berth after a round of festivals on European television – and perhaps somewhere small in the North American market, which is fatigued with cinema on Middle East fighting. The film could also be overtaken overnight if a documentary with better access to the gunmen emerges.

Mohamed is the name of the former pirate whom filmmakers Femke Wolting and Tommy Pallotta get to talk. From certain sides, the pudgy affable gent can look a bit like Forrest Whitaker (now we’ll know whom to cast in the remake) and he explains on-camera that trawlers plying the East African routes started the hijack business by destroying fishermen’s’ nets and firing on fishing boats.  Many terrorists claim that they need money, and this assertion requires more scrutiny than the credulous filmmakers provide.

We see the armed men in action in animated sequences, opening with an attack on a container ship by an angry eagle that looks straight out of a recruiting advert.  The animation chronicles the storming of ships, the seizing of hostages and the receiving of ransoms, yet the animation wouldn’t be needed if the filmmakers obtained cell-phone or other footage that the hijackers themselves had taken.

Under the vivid Somali sky, always extraordinary to see, we listen to Mohamed tell of breaking with the pirates, as foreign governments fight back and local anti-piracy pressure also builds. His betrothal to wife Muna is based on a pledge to her family (and to his father) to give up piracy. We get a rare look at a Somali wedding, but we’re not sure at the end if Mohamed’s promise is kept.

As a jobless Mohamed looks for work after his marriage – it’s hard to go straight in a country without an economy - he tells of another dimension to the piracy story that isn’t explored. The pirates, he says, get only a part of the ransoms that they extort from ship owners, because investors and other middlemen get the rest.  It’s no doubt risky to follow the money trail up the food chain, but we learn nothing about that essential part of what has become a global business.

Yet the focus of Last Hijack is micro rather than global. After epic sagas like A Hijacking and Captain Phillips, much of the doc has the look of a home movie, despite the piercing light of the region.

Last Hijack is limited because it’s the account of one man, albeit a fascinating ethnographic portrait at times – complete with scenes in Mohamed’s SUV that look like visits with rappers on reality TV.  Despite the window that it opens, the doc points to how much we don’t know that has not come to the screen. After yet another Somali pirate film, we still need one to tell us more.