Arthouse giants and Hollywood blockbusters jostle for space on the Piazza Grande and in International Competition. Matt Mueller, Andreas Wiseman and Tom Grater profile the titles set to get audiences buzzing 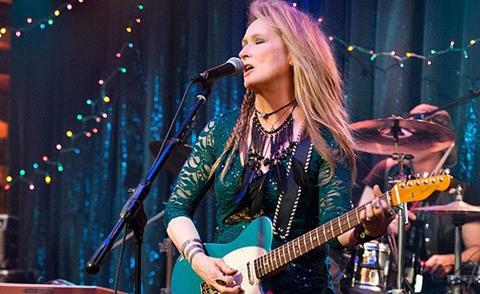 Schroeder’s drama, which premiered at Cannes, follows a young music composer (Max Riemelt) who moves from Berlin to Ibiza in the 1990s to become part of the nascent electronic music revolution. There he strikes up a friendship with an ageing ex-pat (Marthe Keller).

From the writer-director of Gangs Of Wasseypur, which premiered in Directors’ Fortnight at Cannes in 2012, this Bombay-set gangster drama traces the adventures of a street boxer and a beautiful jazz singer.

Cimino’s Oscar-winning Vietnam war drama, starring Robert De Niro and Christopher Walken, is screening as part of the festival’s tribute to the US director, who will receive the Pardo d’Onore Swisscom this year.

Fists In The Pocket (It)

Veteran film-maker Bellocchio, who will receive this year’s Pardo d’Onore, first made waves at Locarno in 1965 with Fists In The Pocket (I pugni in tasca), the story of a young man who takes drastic measures to rid his dysfunctional family of its various afflictions.

Patrick Huard and Suzanne Clément lead the cast of Falardeau’s comedy about a politician faced with a monumental decision. Falardeau’s Monsieur Lazhar picked up Locarno’s audience award in 2011.

Austrian director Scharang’s second fiction feature after 2011 Holocaust drama In Another Lifetime charts the true story of Jack Unterweger, a convicted murderer whose road to redemption, while imprisoned, was to write stories and poems.

A contract killer haunted by the ghosts of his victims enlists the help of a female psychic. Black comedy The Laundryman (Qing Tian Jie Yi Hao) marks Lee’s feature debut.

Me And Earl And The Dying Girl (US)

Fox Searchlight splashed big on this Sundance hit about a high-schooler who has his outlook changed after befriending a classmate who has been diagnosed with cancer.

Ricki And The Flash (US)

Meryl Streep stars as an ageing rock star attempting to reconnect with her family, with Demme directing from a Diablo Cody script. Ricki And The Flash screens out of competition, with Streep’s co-star Edward Norton receiving this year’s Excellence Award.

Jake Gyllenhaal steps into the ring as a grieving boxer at the heart of Fuqua’s redemption drama, which The Weinstein Company is currently rolling out internationally.

Burghart Klaussner stars as Fritz Bauer, a German-Jewish attorney general determined to pursue through the German court system those who took part in the Holocaust.

Patrick Lapp and Carmen Maura star in Swiss director Baier’s latest, about an elderly architect determined to end his life.

Italian director Marcello, known for 2009 documentary drama The Mouth Of The Wolf, brings to Locarno the surreal story of two servants, man and animal, who embark on a long journey across a lost and beautiful Italy.

Brother Dejan (Brat Dejan), about a general of the Balkan war who is secretly transported to a detached house outside a mountain village, marks Bakuradze’s first effort as director since 2011 drama The Hunter.

Polish veteran Zulawski returns to the director’s chair for the first time in 15 years with the story of a deaf-mute girl who is saved from suicide by an unusual encounter.

Tsangari’s first film as director since 2010 festival hit Attenberg follows a group of men trapped on a boat who devise a game that becomes increasingly competitive. Greek singer Sakis Rouvas features among the cast.

Jayasundara won the Camera d’Or in 2005 for his debut The Forsaken Land. Dark In The White Light (Sulanga Gini Aran) intertwines the stories of a Buddhist monk, a medical student, an organ dealer and a surgeon to paint a broader picture of life and death.

En route to meet his estranged daughter, an ageing comedian plays a string of dead-end shows in the Mojave desert. Gregg Turkington stars alongside John C Reilly and Michael Cera in Alverson’s drama, which premiered at Sundance.

When a woman disappears after losing her case in divorce court, her three best friends are forced to examine their own lives. Hamaguchi’s drama clocks in at 317 minutes.

The only Swiss film in this year’s competition is a compendium piece by 10 up-and-coming directors examining the notion of Swiss identity and how it relates to dependency on other countries.

Martha Marcy May Marlene producer Mond makes his directing debut with this drama about a New Yorker (Christopher Abbott) trying to rein in self-destructive tendencies.

This documentary by the Belgian film-making veteran recounts the story of her mother, who arrived in Belgium from Poland in 1938, fleeing pogroms and violence.

A frustrated Iranian schoolteacher is shocked when two of her female students are kidnapped. Paradise (Ma Dar Behesht) is Dena’s feature debut.

Right Now, Wrong Then (Jigeumeun Matgo Geuttaeneun Teullida) follows the relationship between a director (Jeong Jae-yeong) and an artist (Kim Min-hee). The film-maker allows a friendship to develop before revealing to her that he is married. The prolific Hong won Locarno’s best director prize two years ago for Our Sunhi.

Oksman’s documentary short A Story For The Modlins stormed the festival circuit in 2012. This feature, set during the 2014 World Cup in Brazil, follows a father and son trying to rekindle their relationship after 20 years apart.

Eleven years after her feature debut, French writer-director Breton’s second film follows an art historian and geography student as they face their demons.

Cordon’s second film in Locarno competition after 2012’s Polvo, is a Mexico City-set drama about two male lovers and blood traffickers who attract the attention of a cartel. Diego Calva and Eduardo Martinez Peña star.

Rivers’ previous feature, A Spell To Ward Off The Darkness, debuted at the 2013 festival. His latest, set in the Moroccan desert, is about a director’s descent into madness.

Fresh off four awards at Jerusalem Film Festival, including best film, Sivan’s atmospheric drama is about an ultra-Orthodox scholar irrevocably changed after a near-death experience.