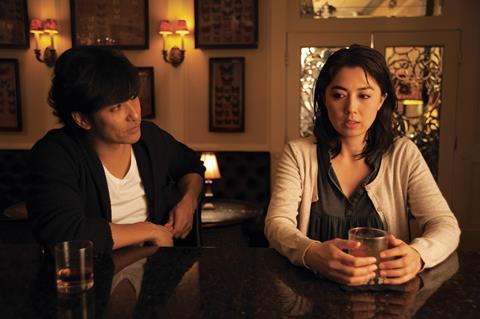 A stylishly made genre film that revels in its old-fashioned sense of mystery and suspense, Dave Boyle’s Man From Reno is a smart and enjoyable retro-drama set against the backdrop of San Francisco. The film played in competition at the L.A. Film Festival, and could well attract niche distributor interest despite a low-key cast and occasional uneven moments.

Fujitani is charming as a downbeat woman who gets back into her groove when it comes to delving into clues.

The multicultural plot and bilingual narrative (much of the dialogue is in Japanese) makes the film one of the more unusual indie offerings, while the old style detective plotline (Nancy Drew meet Dashiell Hammett) makes it for an enjoyable genre romp, despite a few modest bumps along the way.

Gloomy Japanese novelist Aki Akahori (Ayako Fujitani), vanishes from a publicity tour for the latest in her Inspector Takabe bookseries. She checks in to San Francisco’s Hotel Majestic and as she is sinking into depressing hotel guest Akira Suzuki (Kazuki Kitamura) charms her and before long the pair are off having sex. But he then disappears…leading to the two storylines starting to merge together.

Fujitani is charming as a downbeat woman who gets back into her groove when it comes to delving into clues, while Kitamura (who has starred in The Raid 2 and both volumes of Kill Bill) has real charisma as her complex and mysterious new lover.

The film is perhaps too littered with supporting characters who offer nice moments rather than help really drive the story – though Derrick O’Connor’s evil turn is a nice knowing reference to Chinatown – but despite a wavering tone this ambitious low-budget film is to be celebrated for wearing it classic film noir aspirations on its sleeve as it heads towards a nicely sustained climax.