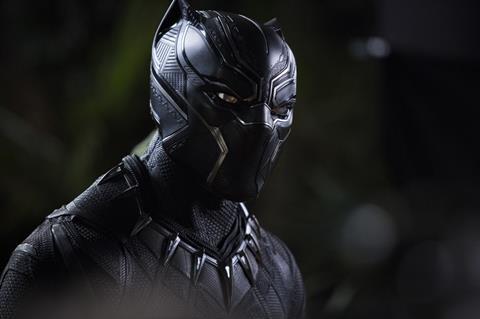 Black Panther flew out of the blocks at the UK box office this weekend, posting a three-day opening of £10.48m, with venues yet to report.

The Marvel film stormed to £2.67m on its opening day and is now up to a mammoth non-final £17.7m opening after its first six days. That’s the biggest ever February opening in the UK.

In the UK, the first Avengers is still the record-grossing superhero title with £51.87m – will Black Panther have the legs to mount a remarkable challenge?

Fifty Shades Freed dropped to second in its second week, adding £2.73m Fri-Sun for a cume of £13.36m to-date. The film will be targeting the total set by the franchise’s second entry, Fifty Shades Darker, which grossed £23m in the UK.

Now in its eighth week, the remarkable run of The Great Showman continued after the film fell only 1%. Posting £1.92m this weekend, the film has now crossed £30m and is still playing in more than 500 sites – there’s no indication yet of when it might slow down.

In terms of Guillermo Del Toro openings, that’s behind the likes of Hellboy II: The Golden Army and Pacific Rim but The Shape Of Water has more niche appeal than those bigger-budget fare. Awards season buzz could help the film hold strongly in the coming weeks – particularly if it performs at the Oscars.