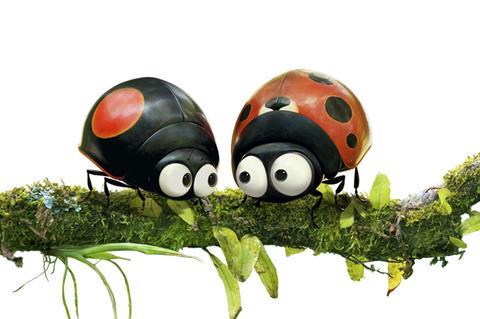 ‘Miniscule 2: Mandibles From Far Away’

Paris-based production house Futurikon has unveiled a slew of sales for its upcoming family feature Miniscule – Mandibles From Far Away 3D ahead of premiering a 10-minute extract in Cannes.

Set against the backdrop of the insect world, the hybrid work mixes live-action footage, shot on location on the French West Indies Island of Guadeloupe, and animated characters.

It is the second feature in the Miniscule franchise, which began life as a popular children’s TV series, co-created by Hélène Giraud and Thomas Szabo, who share directing credits on this latest instalment.

Paris-based Le Pacte, which achieved more than 1.5m admissions with the first feature Miniscule: Valley Of The Last Ants in 2014, has taken French rights alongside Les Editions Montparnasse.

“We’re over the moon with how this latest instalment has turned out. We expect it to do as well as if not better than its predecessor,” said producer Philippe Delarue, founding chief of Futurikon.

He revealed the company is also planning a VR version to accompany the release of the feature in the first quarter of 2019.

The new film revolves around the adventures of a ladybug father who heads to the French West Indies in hot pursuit of his offspring after they get trapped in a cardboard shipping box destined for the Caribbean. Once there, he comes to the aid of new Caribbean ladybug friends whose home is about to be destroyed by human construction.