Other winners include Among The Believers and The Fear Of 13. 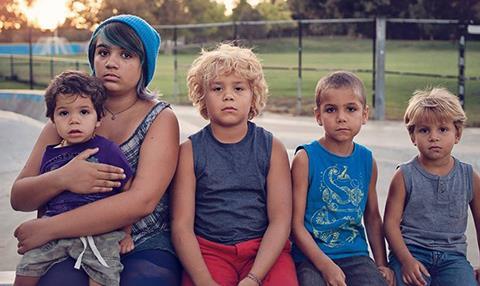 CPH:DOX (Nov 5-15), Copenhagen’s festival of documentary cinema, has revealed its award winners for 2015, with God Bless The Child taking the top prize.

Robert Machoian & Rodrigo Ojeda-Beck’s film, which follows four young boys and their 13-year-old sister who are left to their own devices in their Californian home, was presented with the DOX:AWARD, including a prize of $5400 (€5000).

Regarding their decision, they stated: “Establishing an otherworldly tone of extraordinary realism and a near magical evocation of family dynamics, the winning film reveals a mastery of observational rigor, and an uncanny willingness to expand the limits of documentary form.”

A DOX:AWARD special mention was made for Uncertain, Ewan McNicol and Anna Sandilands’ film about a tiny town on the border between Texas and Louisiana.

The F:ACT AWARD, which is given to an outstanding film that sits on the edge of documentary and investigative journalism, was presented to Hemal Trivedi and Mohammed Ali Naqvi for their film Among The Believers, a portrait of a jihadist school in Pakistan.

A special mention was given to (T)error, Lyric R. Cabral and David Felix Sutcliffe’s film about the war on terror.

The NORDIC:DOX award, presented to the best Nordic documentary, went to Mika Taanila and Jussi Eerola’s Return Of The Atom, about Finland’s construction of the first nuclear power plant in the West since the Chernobyl disaster.

A special mention was given to Ane Hjort Guttu’s Time Passes, a filmic artwork that was installed at London’s South London Art Gallery June-September this year.