The Istanbul Independent Film Festival, known as !f Istanbul, is facing an uncertain future as its two founding directors have not had their contracts renewed for 2019. 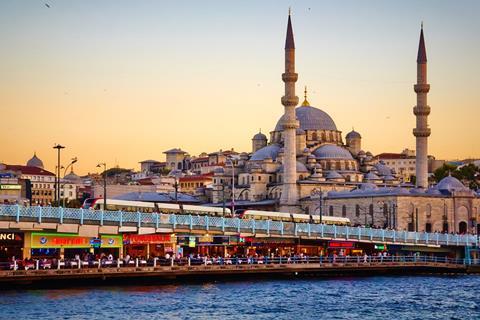 Serra Ciliv and Pelin Turgut have been informed they are not being retained by CGV Mars Entertainment Group, the company that owns the festival’s legal title. Ciliv and Turgut founded the festival in 2001.

CJ CGV is the Korean cinema chain that acquired Turkey’s largest theatre chain, Mars Entertainment, for a reported $800m in 2016. Mars inherited the festival brand from predecessor AFM after the two chains merged in 2010.

Ciliv and Turgut have grown the festival from a single-theatre event in 2001 to a festival that spans three cities and hosts 80,000 guests. The 17th edition was held in March 2018. The festival runs two international film competitions, a regional screenwriters’ lab supported by the Sundance Institute, and industry events focused on documentaries and music.

The festival employs 24 core staff, expanding to 80 during the event. At the time of writing, the festival coordinator and chief programmer were still in place, although they confirmed they had not received any information about the future of the event or their roles going forward.

CGV Mars provides the theatres for the festival and receives a majority share of any profits. The budget is primarily raised by sponsorship revenues, including chief sponsor, Turkish financial institution Is Bank. It is topped up by advertising and ticket revenues.

The management said the most recent edition was the second in the festival’s history not to return a profit, and that this was due to Turkey’s ongoing economic crisis which has seen the country’s currency value drop significantly in 2018. The first year it did not record a profit was in 2016.

According to reports in the Turkish press this week, CGV Mars has said the event should be run in-house going forward but it has yet to give any indication of a new leadership structure.

The news has prompted a strong reaction from filmmakers and industry inside Turkey.

A group of filmmakers, artists and musicians in the country, representatives of which opted to remain anonymous, have launched a solidarity campaign with Ciliv and Turgut. They are asking for further explanation about the management change and guarantees about the event’s future.

They are concerned that, if the festival goes ahead next year, it risks not retaining the same values of being ”free spirited and independently curated”.

The group are preparing a letter to CGV Mars and will be approaching industry, both in Turkey and internationally, for signatures in the coming days.

The letter will ask for the exhibitor to commit to the festival’s “foundation principles - independence, innovation, diversity, pluralism, creative risk-taking and adherence to international standards”.

It will also ask for a clear explanation of why Ciliv and Turgut have been removed, and detail about who the company plans to replace them with, and what any new appointments will be based on.

“We believe that the !f Istanbul public deserve a full and satisfying response to these questions,” they said.

If satisfactory answers are not forthcoming, the campaign will ask for CGV Mars to relinquish the title rights to the festiavl.

“We, as filmmakers, are losing our platforms and independent festivals day by day,” they warned.