The number of people working in film and TV production in the Paris region rose by 6.7% in 2017 due to the re-localisation of French productions and the shoots of a number of high-profile international features including Mission: Impossible – Fallout. 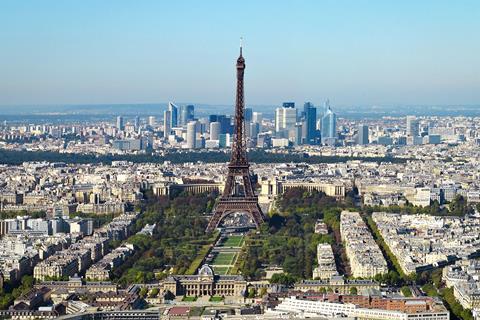 According to the joint report by the Ile de France Film Commission and Audiens, the body overseeing a mutual social security fund aimed at media and entertainment professionals, 146,777 people were employed in film and TV production in the region in 2017, for a total payroll of $2bn (€1.8bn).

The annual report, which was unveiled at a press conference during the Cannes Film Festival this year, is based on data compiled by Audiens on the basis of the compulsory contributions by people working in the film and TV sectors in the Paris region.

The rising trend of French production shooting at home rather than heading abroad to benefit from better fiscal incentives and other financial supports was cited as a key driver in the rising employment figures.

The report said that the combined impact of an increase in the tax credit for local productions to 30% from 20% in 2016 as well as an increase in Ile de France funding for film and TV in 2017 had encouraged productions like the feature-length animation Asterix: The Secret Of The Magic Potion and historical dramas The Emperor Of Paris and One King, One Nation to stay at home.

The rise in local high-end drama series including The Bureau and Versailles shooting in the region had also driven job creation.

On the international front, the report highlighted the impact of the shoot of Christopher MacQuarrie’s Mission: Impossible – Fallout, which spent $27.9m (€25m) and employed 350 local crew members on a daily basis over the course of its 36-day shoot in the Paris region.

Other significant international productions touching down in the region in 2017 included Clint Eastwood’s The 15:17 To Paris.

The rise in international drama series visiting the region – including Amazon series The Marvelous Mrs Maisel and Jack Ryan – had also created jobs.

The report also noted the growing attractiveness of the region’s animation and special effects sectors, with Sherlock Gnomes, Playmobil: The Movie, Blade Runner 2049 and American Gods among the features tapping into the services of local animation and post-production houses.

Preliminary analysis of data for 2018 suggested that 2017 employment figures had remained steady into the following year.

The report said the trend for French productions remaining at home had been maintained with notable productions shooting in the region including Roman Polanski’s Alfred Dreyfus drama An Officer And A Spy (J’Accuse).

It added that it had been a record year for drama series shoots, citing the production of Thomas Cailley and Manuel Shapira’s sci-fi drama Ad Vitam and Laurent Tuel’s thriller Speakerine as examples of shows shot in and around Paris.

“These figures show that we’re in a strong dynamic of growth. The region has all the elements to attract talent and investment and should continue in this direction in the years to come,” said Jérémy Redler, president of the Ile de France Film Commission.