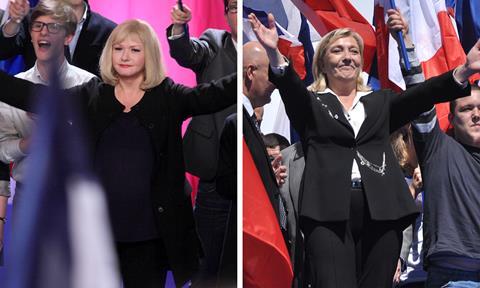 The French release of Lucas Belvaux’s populist politics drama This Is Our Land (Chez Nous) will go ahead as planned in February and without cuts in the face of fierce criticism from France’s far-right Front National (FN) party, distributor Jean Labadie of Paris-based Le Pacte has vowed.

The Belgian director’s film has been in the eye of a political storm this week following the release of the first trailer on Dec 30, ahead of its scheduled Feb 22 release.

Le Pacte’s international sales team will hold buyers-only screening at Unifrance’s Rendez-vous with French Cinema in Paris next week. It will get its festival world premiere at the International Film Festival Rotterdam at the end of this month.

“The film will be released in February as planned and in its current form. There will be no cuts or changes,” Le Pacte’s founding chief Jean Labadie told Screendaily.

“It’s a controversy based on two times nothing. The most surprising thing is that none of the politicians criticising the film have actually seen it in its entirety. Their comments are based on the trailer,” he added.

Emile Dequenne stars as a small-town nurse, with a sense of abandonment by wider French society, who is propelled into the frontline of politics when she is invited to run as a candidate for a far-right party led by an ambitious blond-haired female leader, played by Catherine Jacob.

FN politicians have hit out at the film’s parallels with their party and its blond-haired leader Marine Le Pen and questioned the timing of its release.

FN politician Florian Philippot, who is Member of the European Parliament for the party, told French media it was “scandalous” that a film that was so “clearly anti-Front National” was due to be released just two months before the first round of France’s 2017 presidential election on April 23.

His comments were accompanied by a wave of social media postings by FN politicians and sympathisers.

Not least because he was a co-producer on Shoah director Claude Lanzmann’s 2013 documentary The Last Of The Unjust about Benjamin Murmelstein, the last president of the Jewish Council of the Nazi Theresienstadt concentration camp.

“I was wondering whether I should send him the DVD,” Frenkel told French entertainment and culture magazine Télérama.

In a separate twist, the film has also prompted anger from local politicians in the eastern French region of Alsace over the use of the regional red and yellow flag in a scene showing a far-right political rally.

Fellow centre-right politicians Eric Straumann and Frédéric Bierry, who head up the departmental councils for the Alsatian departments of Haut-Rhin and Bas-Rhin, also wrote to Belvaux asking for the scenes showing the flag to be removed.

Belvaux has responded that the use of the flag was by chance. There are no plans to remove the scene.

The controversy over This Is Our Land has broken as France’s 2017 presidential campaign stepped into top gear following the Christmas and New Year break.

It promises to be one of the hardest fought campaigns of recent years with issues of immigration, the role of the European Union and national sovereignty expected to loom large in the presidential candidate debates.

FN leader Le Pen – who currently has a 22-24% share of the vote according to recent polls – will go head to head with conservative centre-right frontrunner Francois Fillon. The Socialist Party candidate will be selected later this month. Candidates are Manuel Valls, Vincent Peillon and Arnaud Montebourg.

She is expected to make it through the first round and into the second and final round of voting on May 7. Following the UK’s Brexit vote and Donald Trump’s presidential victory, some political commentators at home and abroad have suggested Le Pen’s chances of becoming president are greater than ever before.

Speaking to the French media, Belvaux has expressed surprise at “the brutality” of the comments by Philippot and other Front National politicians on his film.

“This polemic doesn’t make sense,” he told French broadcasters RMC and BFMTV. “This isn’t a militant film but rather an engaged film, a citizen film, made to prompt debate, not to provoke the FN or fear of the Front National.”

Le Pacte’s Labadie reiterated this point to Screendaily saying: “The film is about the mechanisms of a populist party, on how it pulls people in and the reasons for its attraction in the first place. One of the things that attracted me to the project in the first place is the way in which Lucas examines the issue. He is neither judgemental or disdainful of the characters in the film.”

“This is not a direct portrait of the Front National. The characteristics of the party in the film could be applied to any of the populist parties on the rise across Europe, in countries such as the Netherlands and Austria, at the moment… I guess the one positive thing you could say about this controversy is that it proves the power of cinema is still very much alive.”

Watch the trailer for ‘This Is Our Land’ below or on mobile HERE.