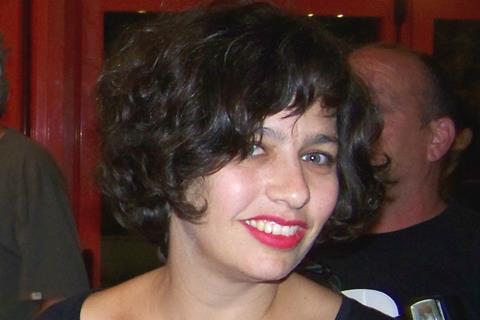 Cannes regular Shira Geffen, whose debut feature Jellyfish won the festival’s Camera d’Or for first films in 2007, has launched financing on her third feature A Responsible Adult, a coming-of-age tale set against the backdrop of Israel’s mythical Masada plateau.

The filmmaker had flown in from Belgium for the meeting where she is currently shooting the Arte-backed French-language TV series L’Agent Immobilier - starring Mathieu Amalric as a hard-up estate agent who comes into a real-estate fortune – alongside partner Etgar Keret.

“It’s the first time we’re pitching to potential international partners. So far we have around €200,000 from private equity and we’re waiting for the greenlight from the Israel Film Fund,” said Gavish of the project, which is budgeted at $1.1 (€1m).

The storyline revolves around 12-year-old Maya, whose parents are on the cusp of divorce. She finds herself taking on the role of the parent when her distracted, chaotic father accompanies her on a Bat Mitzvah trip to the ancient Jewish fort of Masada overlooking the Dead Sea.

In the backdrop, the mother, who has remained at home, comes across a stash of her daughter’s personal poems, which takes her back to her youth.

“The film explores family dynamics,” said Geffen. “Everything I write is based on personal experience. My parents got divorced but until they divorced it was a nightmare because they would break up and make up again and again.”

“I have a son now and ask myself a lot of questions about the relationship between children and their parents ­– what are the boundaries between these roles and whether they should be blurred.”

Geffen has also intertwined Masada’s historical connotations – as the site of the famous siege of Masada in which Jewish rebels resisted Roman soldiers before committing suicide rather than be captured – into the screenplay.

“The story explores the myth of family. There is a saying that those who don’t remember the past are condemned to repeat it and I think this runs true for Masada, for nations and for families,” said Geffen.

Casting is underway on the production for the role of Maya and Geffen may play the role of the mother.

Gavish is aiming for a March/April 2019 shoot, depending on finance, mainly against the backdrop of the historic Masada plateau.

“70 to 80% of the film will be shot there,” says Gavish. “We can’t shoot at night so we’ll have to find a solution for those scenes but that won’t be a problem.

Other productions on the Marker Films slate include The Last Band In Baghdad, a US remake of its 2016 hit Israeli comedy The Last Band In Lebanon, which it is producing in partnership with Samuel Hadida’s Davis Films and Israeli major United King Films.