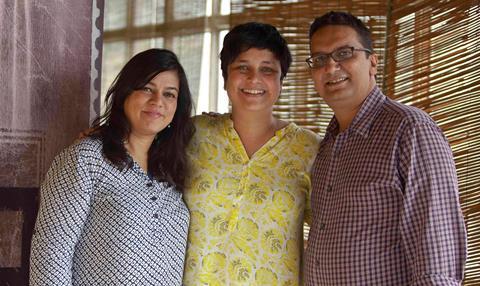 Based on Bakshi’s 2012 short film of the same name, the project tells the story of an old man who becomes famous when his fellow villagers believe him to be the reincarnation of Mahatma Gandhi.

In addition to making short films, Bakshi previously worked as an assistant director on films including Love Khichdi, Oye Lucky, Lucky Oye! and Ishqiya. He is currently in talks with cast for his debut feature, which is scheduled to start shooting in early 2017.

HumaraMovie head of operations Abhishek Gautam is attending Film Bazaar to find co-producers for the film.

Founded in 2012 by Preety Ali, Pallavi Rohatgi and Vinay Mishra, HumaraMovie produces and distributes short films, both through its own platform and syndication. The company has produced around 400 shorts, which have drawn more than 100,000 subscribers and 50 million views.

The film premiered at Mumbai Film Festival and is scheduled for theatrical release in India on December 16.

Gautam describes HumaraMovie as a talent development initiative as well as a production company: “The intention was to make shorts with young directors to see what their styles and sensibilities are. Then we can grow together in this space.”