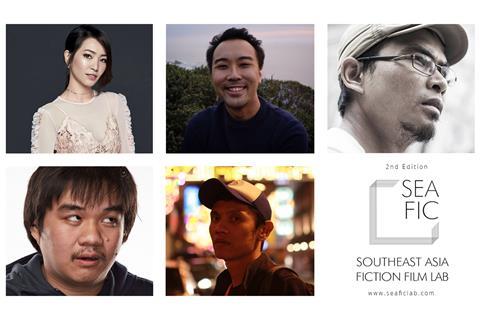 Established producers such as Fran Borgia (A Yellow Bird) and Anthony Chen (Pop Aye) are attached to some of the projects, which cover topics including family strife, sociopolitical bureaucracy, cross-cultural humour and deadly crocodiles (see details below).

The first session of the SEAFIC script and mentoring lab will take place February 24-March 3, 2018 at Monoceros Resort in Chiang Mai, Thailand.

All five projects will be automatically enrolled in the SEAFICxPAS programme, a producer’s lab organised by Nantes Festival des 3 Continents’ Produire au Sud initiative, which will be held alongside SEAFIC.

The five selected projects include:

Dir: Geck Geck Ang, Prods: Sharon Ng, Fran Borgia (Singapore)
Synopsis: Ah Girl, 7 years old, has to choose to live with either her mum or pa after her parent’s divorce.

Dir: He Shuming, Prod: Si En Tan, Anthony Chen (Singapore)
Synopsis: A middle-aged, Korean-drama obsessed widow from Singapore trying to find a new purpose in life travels out of the country for the first time to Seoul, and promptly gets lost.

ARNOLD IS A MODEL STUDENT

Dir: Sorayos Prapapan, Prod: Donsaron Kovitvanitcha (Thailand)
Synopsis: Arnold is a high school student in Bangkok and a school representative for an academic contest. One day, he gets involved in cheating on a prestigious military school’s entrance examination.

Dir: Tumpal Tampubolon, Prod: Mandy Marahimin (Indonesia)
Synopsis: A mother tries to prove her son’s innocence after he was accused of murdering a young woman who died in their crocodile farm.