Hot off the huge success of his first English-language film Buried, Spanish director Rodrigo Cortes moves on to an even bigger thriller with heavyweights Robert De Niro and Sigourney Weaver. 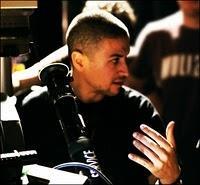 Spanish director Rodrigo Cortes’ rise into the Hollywood big league with this psychological thriller, starring Robert De Niro, has happened remarkably quickly, thanks in most part to the success of his innovative English-language debut feature Buried set entirely in a coffin, which took $18m at the international box office last year.

Interestingly, when writing the script for Red Lights, Cortes actually had the Raging Bull actor in mind to play the lead role of a blind psychic, not because he believed he was big enough to attract such a star name, but as a dream case scenario. So when dream became reality he was overwhelmed.

“It was like writing a letter to the Three Kings and for the first time receiving a remote control car, instead of a pair of socks,” says Cortes.

The idea for Red Lights originally came about through the director’s interest in exploring the mechanisms of perception of the human brain, in particular how our minds can play tricks on us.

This then broadened out to a script about a female psychologist interested in paranormal activity, who decides with the help of her assistant to investigate the workings of a famous psychic to see if he is a fraud.

“The movie will show that the human brain is not a tool you can trust because it lies all the time. It is a game and the movie will play with you,” says Cortes.

Joining De Niro in the cast is Sigourney Weaver as the psychologist, Cillian Murphy as her protégé and a host of other familiar international names, including Toby Jones, Joely Richardson and Elizabeth Olsen.

Production duties are split between Adrian Guerra’s Barcelona based Versus Entertainment, who worked with Cortes on Buried, Cindy Cowan Entertainment and Parlay Film in the US, Blue Storm Productions in Canada and Korea’s CSe Entertainment. UTA’s Independent Film Group arranged financing, helped to package the film and is representing US rights.

However, despite the wide variety of backers and high profile nature of the project and cast, both Cortes and Guerra were determined to keep a strong Spanish identity to the film.

“We have a Spanish film maker in charge who also wrote the script, the film is shooting mostly in Spain with Spanish crew and we are accessing the national and regional Catalan subsidies,” explains Guerra who also attracted local broadcasters Antena 3 and TV3 to the project as associate producers.

Filming began on February 14 and is taking place in and around the city of Barcelona for seven weeks, although the exact locations are being kept secret “to avoid the attention of the many paparazzi around,” says Manuel Monzon, who is a minority co-producer on Red Lights through his Spanish outfit Monzon Films. Shooting will then move on to Toronto for two weeks to do the exterior shots.

Most of the film’s funding has come from a large number of pre-sales through Parlay Films at AFM and EFM, including Alliance Films for Canada, Momentum Pictures for the UK, Metropolitan Filmexport for France, Warner Bros for Spain, Wild Bunch for Germany and RAI Cinema in Italy. The remainder of the money is coming from the local subsidies and the US, Canadian and Korean co-producers helped close the gap.

A US deal is being put off until the film is complete, which is expected to be the end of this year, according to Guerra. No decision has been reached yet as to where the film will premiere, but either Berlin or Cannes in 2012 would seem likely candidates.

Next Up:  Adrian Guerra and Rodrigo Cortes are collaborating again, alongside Gregoire Melin’s Kinology, on a low budget genre project called Emergo about a group of high-tech parapsychologists who investigate anomalous phenomena in a newly occupied apartment. The cast is led by Kai Lennox, Michael O’Keffee, Gia Mantegna and Rick Gonzalez. Cortes wrote the script and Carles Torrens is making his directorial debut.