Documentary examines the legacy of the Spanish Civil War, and the mass graves which remain dotted across the country to this day 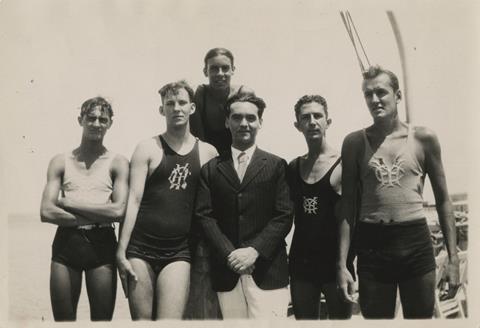 Bones of Contention exhumes the dead and some of the secrets behind the crimes of the Spanish Civil War (1936-39). Eighty years later, many thousands of bodies have never been identified. This chilling documentary revisits the fate of the poet Federico Garcia Lorca, executed in 1936, and of others who are known only to their families.

‘When so much denial and erasure have obscured the truth, how can we ever reconcile with the past?’

Bones of Contention refers to the undocumented remains of Spanish Republicans who fought for the elected government that was overthrown by fascists led by Francisco Franco in the Spanish Civil War. The Republican defeat was followed by uncounted killings, which are thought to number around 120,000. Most of those human remains are still underground. No one has been prosecuted or punished for those deaths, part of the Pacto de Olvido which enabled the country to move forward politically after the dictator’s death in 1975.

The doc puts a heroic face on the mass disappearances, that of the poet Federico Garcia Lorca, who is thought to have been executed “for homosexualism and aberrations” at a site where other Republicans were killed. Those killing fields are picturesque when investigators visit them today.  Garcia Lorca’s persecution for being gay as well as a Spanish Republican could make Bones Of Contention a cause celebre with the LGBT audience. The mass killings that the film investigates will inevitably be referred to as a Spanish Holocaust, bringing this hard-hitting documentary attention at festivals and help with specialised theatrical releases.

Lorca’s death introduces the film’s parallel storyline of persecution of gay and lesbian Spaniards in the Civil War and throughout the Franco regime that ruled into the 1970’s.  The families of the war dead and the victims of persecution call for accountability as the film follows them through demonstrations and excavations.

In Patricio Guzman’s Nostalgia for the Light (2010), families journey to a remote Chilean desert to sift through sand and the bones of victims of that country’s 1973 military coup. In Spain, as a map covered with large red dots shows us, the mass graves are everywhere. Spaniards are living atop that legacy. Images of bones in Spain’s many mass graves aren’t appetising, but they are raw evidence.

Bones of Contention stays close to the standard television documentary approach, with testimony of war atrocities and gruesome footage of bodies piled up. It also stresses the uniqueness of the Spanish context, where the Catholic Church participated in the punishment of Republican prisoners who weren’t killed, and the Spanish state used prison labour to construct an immense monument to the heroes of the fascist victory.

Another new dimension comes from details of gay and lesbian life under Franco. A lesbian code word for among the closeted during those years was “librarian,” and beaches where the Franco police segregated men and women were places that ended up “promoting homosexuality,” said veterans of that era.

Andrea Weiss, who co-directed Escape To Life: The Erika And Klaus Mann Story (2001) with Berlin Panorama programmer Wieland Speck, punctuates interviews with still-grieving families and gay Spaniards with haunting verses from Lorca’s poems in white text on a black background.

Yet even among the mourners there is discord. We hear from Spaniards who say that identifying bodies is the only way to move on from the tragedy of the Civil War – ‘when so much denial and erasure have obscured the truth, how can we ever reconcile with the past?”, one of them asks. Yet the Lorca family does not want to exhume or even find the poet’s body, calling the search for his remains “fetishistic” and “an abuse of his memory.”

The film leaves that disagreement hanging as Spain struggles with the ghosts of a brutal war.  Bones of Contention still explains enough for us to understand why the victims’ families want to know more.