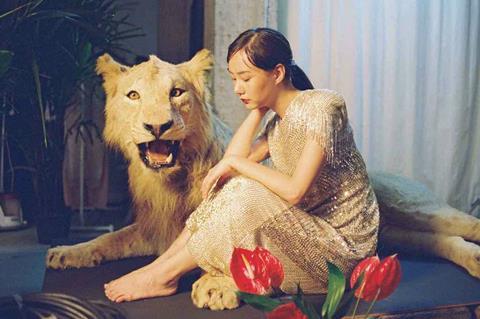 Rarely has the subject of human mortality been treated with such playful dexterity as in Nawapol Thamrongrattanarit’s Die Tomorrow. This narrative/doc hybrid hones in on the existential question, ‘When is it our time to die?’, and goes about answering it through a mix of staged re-enactments, captured interviews and surprisingly droll text-based asides.I

Nawapol is not interested in the act itself; no death happens on screen

The film saw a selected local release in Thailand late last year, and while the market for digressive Thai essay-films might be limited to lofty festivals and higher-end TV chains, such programmers should do well to seek out this idiosyncratic Forum title which plays next in Hong Kong.

At the outset, white text over a black screen tells us that two people die every second around the globe, and the film then kicks off a counter to track the number of souls lost during its runtime (at 75 minutes, that is 9,000 deaths). In between various wry statistical interludes, Nawapol stages six vignettes, each shot in a single unbroken take in tight 1:1 aspect ratio. Each is based on a real case reported in the Thai press, though they vary in focus.

Some play like winking riffs on the Final Destination films. Others perform ironic reversals and rug-pulls. One follows a woman in need of a heart transplant and her solemn spouse as they consider what his life will be like once she has gone. “I’ll die before you,” she says, only to find out he has booked a ticket on a certain Malaysia Airlines flight.

Nawapol is not interested in the act itself. Save for distant news footage of the Challenger space shuttle explosion, no death happens on screen. Instead, he explores the way one person’s expiration may affect others. Bathed in DoP Niramon Ross’s warm light and backed with gentle piano, the six long takes focus on the emotional lives of those who have been touched by mortality.

Die Tomorrow punctuates each vignette with documentary footage, where the director asks various interviewees if they fear death, and questions of a similar ilk. The film’s most memorable subject is a 102-year-old man who has seen his wife and children go before him. At one point, the centenarian makes the reasonable guess that he is nearing the end of the road — and the director cuts to more recent footage of the man celebrating his 104th birthday. It is the only time dingy iPhone footage of a man blowing out his candles could elicit such a laugh.