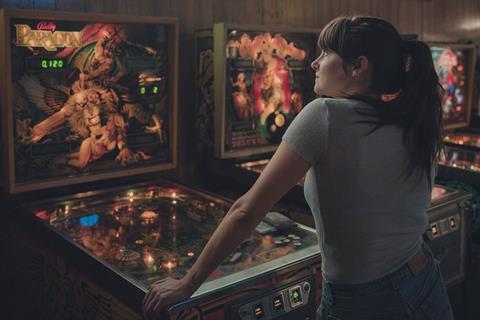 A sensational performance from Shailene Woodley drives this portrait of a woman in her thirties who is looking for stability but lives for drama. Stumbling bleeding out of the car-crash of a failed relationship and a job she has abruptly quit, Daphne is bunking in her sister’s pool house, and planning a six month sabbatical from relationships, drink and all the other stuff which gets her in trouble. The plan for self-care doesn’t last when she meets two men, separately, at a New Year’s party. To complicate matters, it turns out Jack (Jamie Dorman) and Frank (Sebastian Stan) are best friends. The latest from Drake Doremus is a candid, very watchable account of a messy period in a woman’s life.

A candid, very watchable account of a messy period in a woman’s life.

As Doremus demonstrated with Like Crazy and Newness, he has a knack for capturing relationships in such flesh-and-blood depth, they almost become characters in their own right. Endings, Beginnings doesn’t exactly break new territory but it represents a return to form for the director who was less sure-footed with his higher concept sci fi projects, Zoe and Equals. (Endings, Beginnings premiered in Toronto in 2019.)

Daphne is surrounded by family when we first encounter her. But her expression is one which hardly seems fitting for a reunion with the niece who adores her. She takes a private moment and pats her own face with the palm of her hand, slapping the happy back into her countenance. It’s a revealing moment, and one of many expressive tells which Woodley threads into her performance. Another is the way she recoils slightly when her mother, responding to the news of her break-up with Adrian after four years, breezes, “Well I can’t say I am surprised.” Her instinct to protect him suggests a complicated back story to the separation, something that is hinted at through slivers of flashbacks but only fully revealed towards the end of the picture.

The attraction between Daphne and the two men is convincing in each case but markedly different. Jack, an author who has recently published his first novel, woos her with words. Theirs is a more cerebral connection. With volatile, unpredictable Frank, the link is more sexual. They fall together in urgently uncomfortable sex scenes, all cold, hard surfaces and precariously balanced glassware rattling an alarm.

It’s solid, a little conventional but effective in directorial approach. Although a little over-padded with montages, the film fills out the love triangle persuasively. It makes perfect sense that Daphne, cut adrift from her past existence, could be both in a state of constant anxiety and also “high on the chaos”. But the fact that Jack once dumped a girlfriend who left her used dental floss on the side of the sink, and Frank is an unreliable druggie, suggests that Daphne’s love life is not sustainable.

When matters finally do come to a head, there’s a drop in energy which suggests a state of acceptance, finally, for Daphne, but also makes for a slight sense of anticlimax. However, a poignant and finely crafted scene between Daphne and her mother brings closure and perhaps even hope for the future.