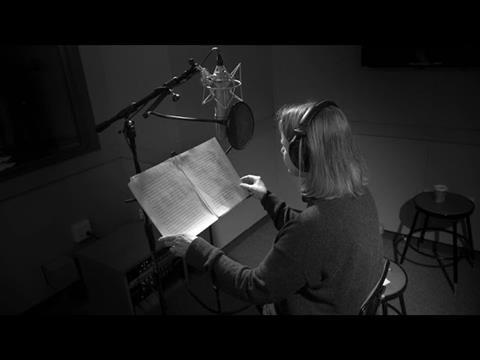 The latest picture from documentarian and video essayist John Gianvito is a further meditation on the themes which have preoccupied much of his career: protest, social injustice, radicalism. The subject of this sparse and stripped-down film is the 19th century disability advocate, activist, lecturer and author Helen Keller. Although celebrated for finding and using a voice as a deaf and blind woman, what she chose to say with that voice – her beliefs were forthright and uncompromisingly left-wing – was sometimes received uneasily by America’s mainstream society and brought her to the attention of J. Edgar Hoover. Her words – and Gianvito lets them stand alone as texts on screen, without visual or audio accompaniment – are immensely powerful and prescient. Whether this starkly minimal approach to conveying them is the most effective approach is less certain.

Much of what Keller wrote and spoke has a contemporary pertinence

Previous subjects that Gianvito has addressed include the consequences of the first Gulf War, with The Mad Songs of Fernanda Hussein (2001) and a visual meditation inspired by Howard Zinn’s ’A People’s History of the United States’ in the multi-award-winning Profit Margin And The Whispering Wind (2007). His films tend to find their natural home on the more adventurous fringes of the festival circuit, and Her Socialist Smile is no exception – it has already enjoyed a healthy festival run and picked up the Douglas Edwards Experimental/Independent Film/Video Award, voted for by the Los Angeles Film Critics Association.

Keller, who was born in 1880 in Alabama, lost her sight and hearing after an illness at 19 months. At the age of seven, she started working with her teacher and life-long companion, Anne Sullivan, who taught her language, reading and writing, thus opening the doors to Keller’s voracious pursuit of knowledge. That appetite for learning and her capacity for empathy led Keller to conclude that although she was physically unable to see, it was America’s wider society which was blind to the injustices which kept wealth in the hands of the few and left the workers under the book of the privileged.

Her activism and the range of subjects on which she spoke and wrote started with the relatively narrow focus of disability advocacy, raising awareness of the social causes of blindness (she claimed that the US government had been “slow – dishonourably slow – in protecting the workers”). But as she consumed writing such as H G Wells’s ’New Worlds For Old’ and dense texts on economic theory, her scope and the authority of her voice broadened. Of the Communist Manifesto, she claimed, “If it isn’t imposed as tyranny, it is one of the finest pieces of literature ever written.” Much of what she wrote and spoke of – her lectures were rapturously received – has a contemporary pertinence. She warned that “the unspeakable political exponents of white supremacy … augured ill for America’s future” and rather hit the nail on the head with her appraisal of the ruling classes, “They tell us, like so many children, that our safety lies in voting for them. They toss us crumbs of concession to make us believe that they are working in our interest.”

The ideas have a solidity which makes them enduring. But their delivery, on a black screen, supported by a narration by poet Carolyn Forché and some tangential footage of the natural world, is less than compelling. Two ruinous fires destroyed much of Keller’s archive, so there is little in the way of photographs or footage available to Gianvito. But perhaps a mind as brilliant as Keller’s might have benefited from a more formally daring showcase.