'I Am Mother': Sundance Review 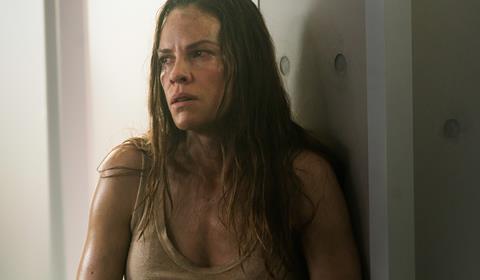 Man vs. Machine is one of the most tried and true themes of science fiction. From Metropolis and 2001 to The Terminator and The Matrix, there’s certainly no shortage of cinematic touchstones in the subgenre — which makes it all the more surprising that Australian commercial director Grant Sputore is able to squeeze some fresh juice from that old fruit. One of the ways he and writer Michael Lloyd Green achieve this is by approaching its subject matter through uniquely female terrain. Here, in a post-apocalyptic future set shortly after humanity’s supposed extinction, the forces at play are explicitly woman vs. (female) machine.

Set in a high-tech bunker deep beneath the earth’s surface, a robot (who goes by the moniker “Mother”) sets out to repopulate the planet. With a collection of thousands of test-tube embryos Mother begins the process by starting with a single baby, raising her to become a super-intelligent, compassionate teenager, “Daughter” (Clara Rugaard). But the arrival of another woman (Hilary Swank) from beyond the bunker door sets in motion a series of unfortunate events that threatens the unique bond between Mother and Daughter, and the fate of the human race.

I Am Mother mostly satisfies as another example of smart and slick indie sci-fi. Following in the wake of similar recent releases, such as Annihilation or Ex Machina, the film has the potential to be a modest hit among fans of the genre, yielding decent theatrical and VOD sales as a result of positive word-of-mouth and a high-concept, easily graspable logline.

The film sets up its basic premise with precision, first forging the close relationship between Mother and Daughter, and then showing the ways in which it begins to fray. When Rugaard’s brilliant teenager discovers a mouse scampering in the halls, it gives her hope that there may be signs of life outside the bunker’s walls—even though Mother warns that anything from the outside could contaminate her. Soon after, when Swank’s hostile and wounded survivor shows up outside the airlock, and Daughter finds herself tempted by real human contact, a high-stakes conflict arises between Daughter’s two maternal figures.

The film’s middle section is its most gripping and rewarding, as Daughter struggles between them, shifting allegiances back and forth with every scene. “Trust me,” says Mother, trying to assure Daughter in her soft matronly voice (Rose Byrne). But as Daughter learns the truth about what’s happening inside and outside of the bunker, she begins to come of age, and quickly. This teenager starts to rebel in a big way.

But Sputore and screenwriter Michael Lloyd Green make sure to keep the audience guessing. Is Mother part of an evil race of Droids roaming the earth’s surface, or are the humans themselves the worst dangers to themselves? Unfortunately, the film’s last act is less concise and more muddled than what’s come before it, meandering to a well-thought-out conclusion that is surprisingly more hopeful than dystopian.

Sputore and his crew have created a remarkably credible futuristic world, both inside the bunker and the nightmarish outside world. Mother herself is a well-crafted character; developed by Peter Jackson and Richard Taylor’s Weta Workshop, the robot comes across as either hospitable, with two lights that are able to turn up to mimic a smile or emanating a warm orange glow when taking care of a baby, or highly intimidating, when running at top speed through the shelter to maintain its directive, sending the sounds of pounding metal echoing through the halls.