'I Used to Be Normal: A Boyband Fangirl Story': Sydney Review 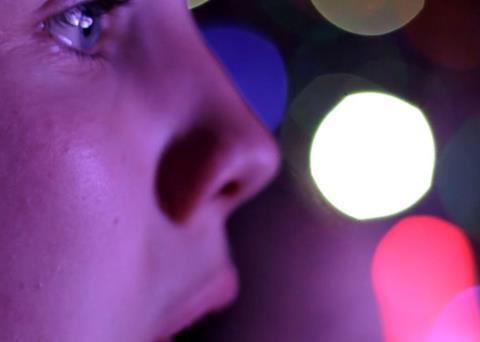 I Used to Be Normal: A Boyband Fangirl Story

If I Used to Be Normal: A Boyband Fangirl Story needed an alternative title, it could have borrowed a line from one of the bands in its purview: Larger Than Life. There’s nothing small or even regular-sized about the love expressed for the Backstreet Boys, One Direction, Take That and The Beatles in this joyous documentary, which first-time feature helmer Jessica Leski directs without any of the disdain that’s often directed towards the obsessions of teenage girls.

A welcome reminder of fandom’s cathartic role and positive influence

This isn’t an uncritical look at fandom, however, but an informative, empathetic, engaging and accessible exploration of the role that it has played in the lives of four Australian and American women aged between 16 and 64. And, at a time when the darker side of pop culture worship is all too evident, it offers a welcome reminder of fandom’s cathartic role and positive influence.

The sugary, feel-good messaging crooned by picture-perfect male-fronted bands is just one of the topics Leski explores (many of the biggest hits feature in the film, and will have the documentary’s in-built audience singing along as they’re watching). I Used to Be Normal’s title actually stems from a comment made by the youngest of the film’s subjects, Long Island-based One Direction fan Elif, who cries that her life didn’t always revolve around the British group. Her stereotypical hysterical teen passion leads to viral videos, a growing divide from her non-Directioner friends and the disapproval of her strict Turkish immigrant parents.

In what becomes the documentary’s most candid and illuminating thread, Leski revisits Elif as she matures from an energetic high-schooler to a melancholy young woman. At the beginning of the film she’s devoted to the five stars she calls “the boys” and talks if she knows them personally. By its end, she’s grappling with the harsh truth that pop song-peddled dreams don’t always become a reality, and that idolising a band isn’t the only thing that can hurt.

The documentary draws comparable thoughtful insights out of its other central figures stressing how, as much as boy band devotees can and do unite, they’re each individual fans with their own passions, problems and perspectives. Sydney brand strategist Dara came to a realisation about her sexuality and identity when she became loud and proud about her lingering Take That love as an adult, and her specific affinity for Gary Barlow. San Francisco journalist Sadia’s fondness for the Backstreet Boys provided an outlet for the hormonal stirrings a young Muslim girl couldn’t otherwise indulge. And while Melbourne TV producer Susan can remember the mania when the Beatles came to town in the ‘60s, and has a treasure trove of memorabilia to prove it, she also recalls how the fab four’s tracks helped her weather five decades of ups and downs.

For substance beyond the personal recollections, Dara gives a Boy Band 101 lesson, a task she approaches with the utmost seriousness — whiteboard at the ready and meticulous breakdown of the marketing forces at play in crafting and promoting the ideal group. Elsewhere, Sadia touches upon the nastier side of fandom courtesy of her youthful animosity not only for Backstreet rivals ‘NSYNC, but their followers.

While much of I Used to Be Normal is standard talking-head fare, as shot with crispness and intimacy by the film’s four cinematographers, it’s always more than competent. Animated interludes, archival footage, home videos and fan art break up the chatter, although one of the documentary’s most effective touches is also one of its most obvious. The women each watch their favourite music video and narrate their highlights, offering a particularly open and sincere look at lifelong obsessions — and giving the feature the earnest touch that serves it so well.